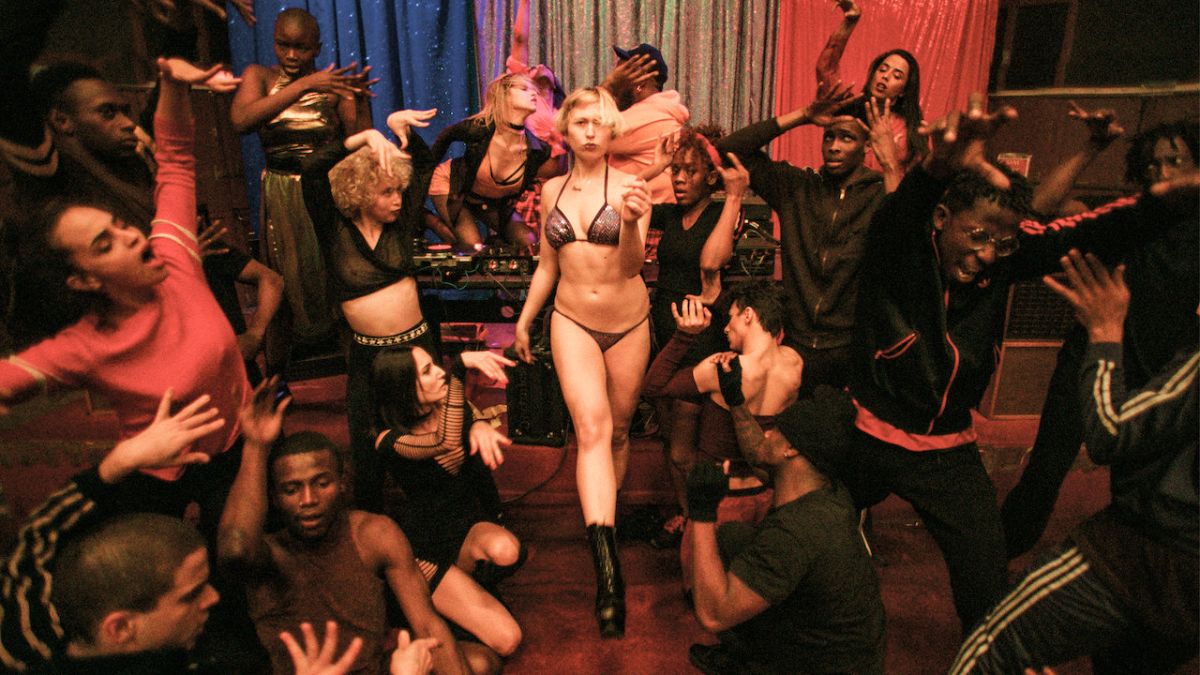 Looking to scare yourself silly but aren’t prepared with a host of spine-chilling Blu-rays and DVDs? We have just the thing for all you Netflix-subscribing gorehounds out there.

We have trawled through the catalogue, put in the watching hours (often behind a pillow), and handpicked the best horror movies on Netflix for your viewing ‘pleasure’ – all so you can can sit through as many as you can bear.

See you in your nightmares…

A masterclass in suspense from its dubious beginnings to its conclusion, this skilfully executed psychological thriller has the slow-burn of a refrigerated candle. It sees Will (Logan Marshall-Green) and his girlfriend attend a dinner party hosted by his ex-wife Eden (Tammy Blanchard) and her husband. But it isn’t long before suspicions arise over the motivations for the evening and the fate of the guests.

Kindling a paranoia that seeps under your skin, and building to a satisfyingly sweet pay-off, The Invitation is a deftly patient exercise in terror.

Fans of The Wicker Man and Kill List, this one’s for you. (Not seen them? Right that wrong away.)

The year is 1905 and Thomas Richardson (Daniel Stevens) has returned to London only to learn that his sister is being held on an island for ransom by a religious cult. He embarks on a rescue mission, but it isn’t long before he realises the residents are the least of his worries, for there lurks a sinister evil within the community’s roots.

Apostle is, riskily, a bit of everything (and pulls that off well), but at its core it taps into the genre’s ever-popular folklore element and from it delivers a creepy, well-crafted tale.

If you were making a list of film characters you wouldn’t want to be stuck in a lift with, Annie Wilkes (played by the marvellous Kathy Bates) would be on it. In this harrowing Stephen King adaptation, the reclusive psychopath saves her favourite novelist Paul Sheldon (James Caan) from a car crash, only to hold him captive in her house until he re-writes the damned fate of her favourite character in his books.

Daniel Goldhaber and Isa Mazzei’s intriguing feature debut is set in the cut-throat, narcissistic world of a webcam girl. In it, Lola’s identity and channel is hijacked by a mysterious doppelgänger set on raising her profile but subsequently destroying her life.

Cam is strange and stylish, not without its twists and turns and not afraid to send its audience down rabbit holes – ideal fodder if you’re in the mood for something a little different.

Argentine director Gaspar Noé welcomes hateful reactions to his movies – and he’s had plenty of them, not entirely surprising considering his notoriously disturbing, often vulgar approach to sex and violence. Those who’ve seen his Irreversible, Enter The Void or Love will know what we’re talking about. Well, sorry Noé, because the world has taken quite a liking to Climax.

The director’s latest psychedelic trip sees French dancers descend into a hallucinatory nightmare in an abandoned boarding school after their sangria is spiked with LSD. It’s every bit the trippy, stylised shocker you’d expect; an unrelentingly excessive and uncomfortable assault on every sense.

Just when the genre was tiring of the shaky-cam found-footage films inspired by The Blair Witch Project, along came Troll Hunter (or Trolljegeren) to breathe new life into the subgenre.

The Norweigan-language mockumentary by André Øvredal, who has since become quite the luminary in the genre, follows three film students’ investigation into a series of mysterious bear killings in Norway. They find themselves following a hunter who is on a secret government mission to track down dangerous trolls, and their ensuing adventure blends terror, imaginative fantasy and dark humour to entertaining effect.

A nightmarish sci-fi classic from the masterful founding father of body horror, Cronenburg’s 1983 Videodrome holds a mirror to society’s relationship with media and the potential dangers that could arise from its escalation in the near-future – and the ugly truth in its premonitory statement makes it a significant watch today.

The mind-bending thriller sees a TV programmer at a small cable station who, in desperate need of fresh content, stumbles upon a pirated channel depicting violent torture. In searching for its origin, he suffers a series of strange and twisted hallucinogenic nightmares that consequently loosen his grip on reality.

As eerie as its title suggests, this out-and-out horror follows a writer (Ethan Hawke) who finds a selection of 8mm movies that depict a series of murders that happened in his new home decades earlier.

It’s not without the usual horror tricks, but the story is imaginative and driven by an element of mystery that you can really sink your teeth into. It’s pretty frightening, littered with horrific images that you’ll be begging your brain to erase before bedtime. Oh and watch out for that lawnmower scene…

A politically charged supernatural chiller, Babak Anvari’s feature debut is set in war-torn Tehran during the ’80s Iran-Iraq war. When her husband is drafted into the army, medical student Shideh is left to fend for herself and their young daughter in their apartment as missile bombs fall around them… and an evil entity threatens their survival.

Its chilling paranormal premise, amid such uncompromising conflict and culturally rich commentary, makes for an intelligent and intense picture that deserves as wide an audience as it can get.

Errementari: The Blacksmith and the Devil (2017)

In 19th century Basque Country, a village’s recluse blacksmith captures and tortures a demon as revenge for the troubles life has thrown his way. But when a young orphaned girl takes pity on the demon and releases it from its enclosure, it unleashes some disastrous consequences.

Paul Urkijo’s dark fable is refreshingly original and, honestly, completely crackers. Case in point: it asserts that one way to torture demons is by throwing chickpeas on the floor as they are unable to resist trying to count them. By combining absurdity with riveting storytelling and fairytale imagery, Urkijo has produced a charmingly authentic, fantastical folktale.

Darren Aronofsky strikes again with a fearlessly bold arthouse feature to rival his spellbinding efforts in Requiem for a Dream and Black Swan.

Helmed by Jennifer Lawrence and Javier Bardem, starring as a couple whose relationship is tested when their Victorian mansion is increasingly infiltrated by uninvited guests, Mother! is psychologically perplexing and tirelessly mercurial. Persist with Aronofsky’s wild ride with an open mind and, admittedly, a great deal of patience, and you’ll be rewarded with an intoxicating pay-off.

One of the pleasant genre surprises from the 2017 film festival circuit, The Bar (or El Bar) is a Spanish black comedy thriller about a group of strangers who are forced to take refuge in a Madrid cafe’s basement after it mysteriously comes under attack from a sniper.

Thriving off the group’s snowballing paranoia and suspicion, it’s funny and well-paced, with some hysterical action sequences, and a pronounced nod to director Álex de la Iglesia’s penchant for comic-book melodrama.

With the delayed sequel coming to a cinema (hopefully a cinema) near you in September, now is the perfect opportunity to experience (or even relive) John Krasinski’s critically-acclaimed horror hit.

A downright pressure-cooker film in which Krasinski and real-life wife Emily Blunt navigate their young family’s lives in a fearful world of silence while hiding from monsters with ultra-sensitive hearing. A Quiet Place will have you sitting as still as a mouse for its 90-minute duration.

Arguably an even more nerve-wracking thriller, also set in a world of silence, this time featuring a masked killer who turns up at the window of a deaf and mute writer who lives a solitary life in a remote cabin in the woods. Hush is a taut exercise in suspense by Mike Flanagan, who also penned and directed Absentia, Before I Wake, Oculus and Gerald’s Game (a recommendable horror on Netflix that gets a special mention on this list).

It’s nail-bitingly intense and satisfyingly gory but above all delivers with its reactive execution, which craftily capitalises on the victim’s missing sense.

Alex Garland followed up his wonderful Ex Machina with this equally intriguing and ambitious psychological sci-fi thriller, about a biologist (Natalie Portman) who signs up for a secret, all-women expedition into an environmental disaster zone following the mysterious disappearance of her soldier, and fellow biologist, husband.

A well-considered love letter to David Cronenburg’s body horror, David Lynch’s uncanniness, and Ridley Scott’s extraterrestrial imagery, but with a confident ingenuity of its own, Annihilation will stay with you long after the credits roll.

10 of the best documentaries on Netflix