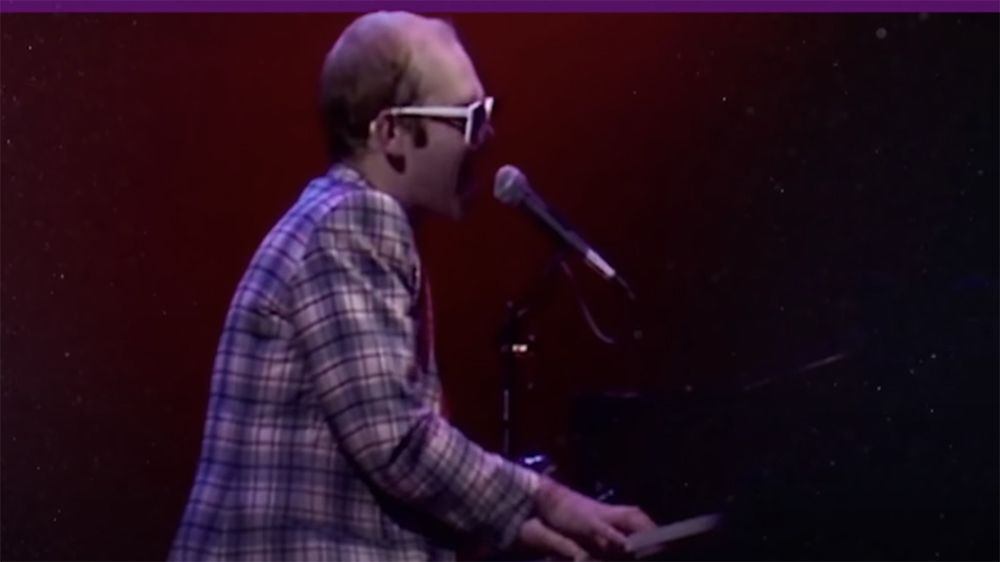 Your favourite artists in your front room? Live streaming rock, opera, ballet, classical music and warehouse raves? It’s all available on a screen near you thanks to the flood of live streams that have popped-up to help us all through self-isolation – and raise funds for Covid-19 relief efforts. And this week, Elton John launches an online concert series.

The coronavirus pandemic has cancelled gigs, concerts, musicals, theatrical performances and club nights around the world, and forced people to stay home under lockdown, which has meant artists have had to get extra creative when it comes to finding an audience.

Whether it be musicians, bands, actors, opera singers or DJs, people are taking to the internet to live stream performances, concerts, DJ sets and even mini-festivals in an effort to fill the live entertainment void created by Covid-19.

Below you’ll find our round-up of some of the best live streams and virtual concerts we’ve spotted, from regular performances, to one-off gigs. And, thanks to the wonders of live streams on YouTube, Facebook, Twitch and Instagram, many of the shows will be available to watch long after the live version.

Elton John has taken a leaf out of Radiohead’s book (see below), with the launch of a Classic Concert Series on his YouTube channel. Six concerts will be made available on YouTube for the first time, starting with Live At The Edinburgh Playhouse Theatre, from 1976. The weekly concerts began on Friday 3rd July at 5pm BST (9am PST, 12pm EST). Expect outlandish outfits and timeless tunes. This week it’s a 1986 concert in Sydney, Australia.

Record Store Day UK, Official Charts and National Album Day have come together to launch The Record Club, a bi-monthly Facebook Live virtual club, taking place on every other Wednesday at 6.30pm (BST).

Hosted by Jess Iszatt (BBC Music Introducing/BBC Radio London) and live streamed simultaneously across the Record Store Day UK, Official Charts and National Album Day Facebook feeds, the idea is to order each Record Club album ahead of the broadcast, listen to the album in full, and then come to the live feed armed with questions.

One of London’s premier dance music festivals has shifted online with two days of music and conversation. While Saturday sees big-name DJs such as Adam Beyer, Anna, Maya James Coles, Terrence Parker and Nina Kraviz stream live sets, Sunday is a day of panel discussions around the Black Lives Matter movement and the history of electronic music.

View more details on the Junction 2 Virtual on the website

The Royal Albert Hall – yes, the Royal Albert Hall – is hosting a series of Royal Albert Home performances over the coming days and weeks, which will see “artists sharing their work from their homes to yours”. The free streaming programme already includes Rufus Wainwright, Peter Gregson, Brassed Off and many more. You can also donate to the Hall to show your support. Jess Gilam and Nitin Sawhney are two to look out for in July.

Head over to the Royal Albert Hall YouTube channel to watch

Yes, Radiohead. The band will be posting weekly classic concert videos to their YouTube channel on Thursdays at 10pm BST (5pm ET). And you can watch them back at your leisure. Rumour has it we may have reached the end of these shows but it’s well worth watching those that have already been posted, with 12 At Home with Radiohead shows available to enjoy.

View the concerts via the Radiohead channel on YouTube

The biggest name in underground techno will be playing a rare live stream set, having put together a line-up of DJs for one of his Photon nights. Taking place on Friday 17th July at 7pm (UTC), the event features fellow big names Rødhåd and Marcel Dettmann. And it’s all streaming live from a secret warehouse venue in Berlin, of course.

Jack White’s Third Man Records is always quick to innovate, and the label launched the Third Man Public Access series during lockdown. Episode 1 featured Luke Schneider and there are now five shows available to view on YouTube. Venmo and Paypal options will accompany each show as a way for fans to support the performers.

The Shows Must Go On

Free West End and Broadway musicals? Sounds good to us. Andrew Lloyd Webber will be streaming his musicals for free online in a new series entitled “The Shows Must Go On”. Shows are live on Fridays at 7pm and available for 24 hours in the UK and 48 hours in all other countries, with a new show every week. This week it’s Celtic Tiger.

If you want to hear a soothing voice in these uncertain times, then you should head over to Norah Jones’ Facebook page. Jones is still performing ‘Live from the Living Room’ on a regular basis. The streams are Thursdays at 10pm (BST), though there have been a few more impromptu performances, too.

One of the original names in live streaming is well-prepared for entertaining in isolation and has been quick to pull together a Streaming from Isolation series of broadcasts. Look out for regular live shows and classic sets from previous years. We can recommend Dixon’s live stream, complete with mind-boggling visuals. There are a huge number of streams going live, so it’s already a massive resource of live DJ sets and performances, including exclusive new shows from Job Jobse, Floating Points, Peggy Gou, Ellen Allien and more.

Rock Gods Metallica have launched a concert series, #MetallicaMondays, which will see the band stream a complete Metallica live show on the group’s YouTube channel and on Facebook every week. They don’t seem to always be Mondays, but either way you can catch a whole load of Metallica concerts on YouTube now…

Neil Young is keeping it in the family with his Fireside Sessions – his wife will be filming while he gives a live concert from his living room, presumably by the fire. It looks like his dogs could feature heavily, too. Young is promising a “down-home production, a few songs, a little time together”, which sounds good to us. Find out more via the Neil Young website, see link below, and watch back earlier shows.

Tomorrowland Around The World

Dance music mega-festival Tomorrowland is shifting online too, with a two-day digital event that promises to set itself apart from the standard DJ stream. Viewers will be able to navigate “a magical and newly created Tomorrowland location with a PC, laptop, smartphone or tablet… and explore the entire festival site in an interactive way together with friends”. There will be eight different stages, promising 3D design, special effects, games and interactivity. And a big-name line-up of electronic music artists. The event takes place on Saturday 25th and Sunday 26th July and, unlike most other events, there are paid-for tickets, starting from €12.50 – so we’re expecting big things. More details and the full line-up are set to be announced over the coming weeks.

It may not be music but it is a special treat we think is worth sharing. The National Theatre’s #NationalTheatreAtHome is still going strong, delivering some of the best British theatre at 7pm (BST) every Thursday on YouTube. It began with James Corden in One Man Two Guvnors on 2nd April and the archive now includes Twelfth Night, A Midsummer Night’s Dream and plenty of behind-the-scenes content and interviews.

When it comes to staggeringly talented artists performing live on Instagram, Marc Rebillet is an old hand. You really should be following his impromptu live jams on Instagram already but his promise to up his game during the coronavirus crisis is all the more reason to check him out. More of a Twitch fan? He’s signed up there too to deliver his Quarantine Streams…

Garth Brooks is one of the best-selling artists of all time, so free live concerts are not to be sniffed at. He’s been performing live on Facebook during the Covid-19 crisis and the next big show, a live acoustic concert, is scheduled for 7th July.

How about world class opera and ballet for free, from the comfort of your favourite chair? Vienna State Opera is now opening its livestream archives. Wiener Staatsoper will broadcast Live at Home recordings of previous opera and ballet performances daily via its streaming platform. Streams start at 5pm or 7pm (CET), which is line with the opera house’s usual performances, and they will remain available for 24 hours.

Time for something a little more relaxing? Welsh mezzo-soprano singer Katherine Jenkins is bringing her crossover classical brand to your home with live Facebook performances every Saturday night from 6pm (BST). She’s been broadcasting live for 15 weeks (not continuously, don’t worry) and is still going strong…

How to support the music industry during lockdown

Music for self-isolation: the What Hi-Fi? lockdown playlist

10 of the best songs to test your speakers

50 of the best hi-fi albums for audiophiles