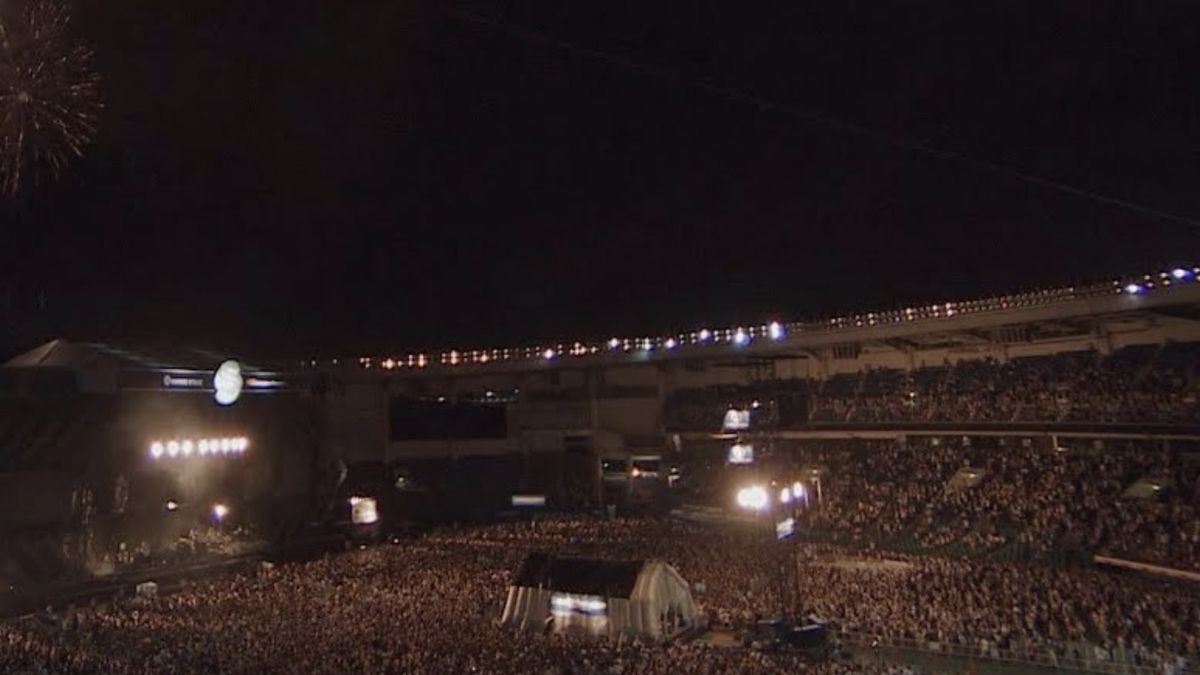 Your favourite artists in your front room? Live streaming rock, opera, ballet, classical music and warehouse raves? It’s all available on a screen near you thanks to the flood of live streams that have popped-up to help us all through self-isolation – and raise funds for Covid-19 relief efforts.

The coronavirus pandemic has cancelled gigs, concerts, musicals, theatrical performances and club nights around the world, and forced people to stay home under lockdown, which has meant artists have had to get extra creative when it comes to finding an audience.

Whether it be musicians, bands, actors, opera singers or DJs, people are taking to the internet to live stream performances, concerts, DJ sets and even mini-festivals in an effort to fill the live entertainment void created by Covid-19.

Below you’ll find our round-up of some of the best live streams and virtual concerts we’ve spotted, from regular performances, to one-off gigs. And, thanks to the wonders of live streams on YouTube, Facebook, Twitch and Instagram, many of the shows will be available to watch long after the live version.

Record Store Day UK, Official Charts and National Album Day have come together to launch The Record Club, a bi-monthly Facebook Live virtual club, taking place on every other Wednesday at 6.30pm (BST).

Hosted by Jess Iszatt (BBC Music Introducing/BBC Radio London) and live streamed simultaneously across the Record Store Day UK, Official Charts and National Album Day Facebook feeds, the idea is to order each Record Club album ahead of the broadcast, listen to the album in full, and then come to the live feed armed with questions.

The Royal Albert Hall – yes, the Royal Albert Hall – is hosting a series of Royal Albert Home performances over the coming days and weeks, which will see “artists sharing their work from their homes to yours”. The free streaming programme already includes Rufus Wainwright, Peter Gregson, Brassed Off and many more. You can also donate to the Hall to show your support. We have Tim Burgess, Lucy Dacus and Charlie Bates to look forward to.

Head over to the Royal Albert Hall YouTube channel to watch

Leeds based electronic music festival and conference ‘inner city electronic’ has announced a 3 day marathon of live streams, raising money for The NHS fund for Covid, Leeds Foodbanks & MAP Charity. The digital festival begins on 5th June is set to feature DJ sets from a selection of Leeds based artists including; Special Request, Ralph Lawson and Freakenstein, alongside highlights from their 2020 conference programme which was filmed back in March.

Find out more on the Inner city electronic website

Yes, Radiohead. The band will be posting weekly classic concert videos to their YouTube channel on Thursdays at 10pm BST (5pm ET). And you can watch them back at your leisure. Thursday 4th June it’s Radiohead – In Rainbows From The Basement (April 2008), which is a real treat.

View the concerts via the Radiohead channel on YouTube

Audio-Technica is supporting Discogs with its Homespun series, which sees record shops from all over the world sharing their favourite vinyl in live-streamed DJ sessions. The events began in April, with this new partnership meaning Audio-Technica will be providing every record store involved with two AT-LP140XP direct drive turntables, one pair of M-series professional monitor headphones, and an AT-XP7 dual moving magnet DJ cartridge. The collaboration runs from 18th May until 26th June 2020. Viewers watching the shows can also donate to the MusiCares Covid-19 Relief Fund, set up by The Recording Academy in support of those in the music community affected by the global pandemic.

Here’s a concert for our times. Instead of a festival planned for Las Vegas, Big City Beats is hosting a drive-in festival for 1000 in-car party fans in Germany. And it’s all being streamed live. The drive-in event begins at noon on Saturday 5th June and features EDM stalwarts Armin van Buuren, Afrojack, David Guetta, Dimitri Vegas & Like Mike, Robin Schulz, Steve Aoki and more. A spectacular live show of pyrotechnics, lasers and CO2 cannons is promised to keep you entertained whether you’re in your car or on your sofa.

Watch the stream on the World Club Dome website

Tomorrowland Around The World

Dance music mega-festival Tomorrowland is shifting online too, with a two-day digital event that promises to set itself apart from the standard DJ stream. Viewers will be able to navigate “a magical and newly created Tomorrowland location with a PC, laptop, smartphone or tablet… and explore the entire festival site in an interactive way together with friends”. There will be eight different stages, promising 3D design, special effects, games and interactivity. And a big-name line-up of electronic music artists. The event takes place on Saturday 25th and Sunday 26th July and, unlike most other events, there are paid-for tickets, starting from €12.50 – so we’re expecting big things. More details and the full line-up are set to be announced over the coming weeks.

Jack White’s Third Man Records is always quick to innovate, and the label has already hosted the first of what will be daily live performances for its Third Man Public Access series. Episode 1 featured Luke Schneider and is still available to view on YouTube. Venmo and Paypal options will accompany each show as a way for fans to support the performers.

One of the original names in live streaming is well-prepared for entertaining in isolation and has been quick to pull together a Streaming from Isolation series of broadcasts. Look out for regular live shows and classic sets from previous years. We can recommend Dixon’s live stream, complete with mind-boggling visuals. There are a huge number of streams going live, so it’s already a massive resource of live DJ sets and performances, including exclusive new shows from Floating Points, Peggy Gou, Ellen Allien and more.

Veteran French record producer has been doing a daily live stream on his Facebook page, mixing records, wearing loud outfits, and generally doing his best to entertain his followers. It’s well worth a look – the archive of performances are up on his page for repeat viewing.

One of the biggest record labels in dance music is hosting virtual festivals of live DJ streams – and dancers! – to keep us entertained. Expect big-name DJs and the chance to watch back at your leisure on Facebook.

The Shows Must Go On

Free West End and Broadway musicals? Sounds good to us. Andrew Lloyd Webber will be streaming his musicals for free online in a new series entitled “The Shows Must Go On”. Shows are live on Fridays at 7pm and available for 24 hours in the UK and 48 hours in all other countries, with a new show every week. This weekend there’s no show, in solidarity with the Black Lives Matter protests.

If you want to hear a soothing voice in these uncertain times, then you should head over to Norah Jones’ Facebook page. Jones is performing live every week, most recently with a series of Willie Nelson covers to mark the great man’s birthday. The streams are Thursdays at 10pm (BST).

Rock Gods Metallica have launched a new concert series, #MetallicaMondays, which will see the band stream a complete Metallica live show on the group’s YouTube channel and on Facebook every week. They start at 8pm (EDT) every Friday.

Neil Young is keeping it in the family with his Fireside Sessions – his wife will be filming while he gives a live concert from his living room, presumably by the fire. It looks like his dogs could feature heavily, too. Young is promising a “down-home production, a few songs, a little time together”, which sounds good to us. Find out more via the Neil Young website, see link below.

The Tallest Man On Earth

Singer-songwriter Kristian Matsson will be back again this Friday with another live stream, following his recent celebration of ten years of The Wild Hunt. Expect guitar and chat.

View on The Tallest Man on Earth YouTube channel

It may not be music but it is a special treat we think is worth sharing. The National Theatre has announced #NationalTheatreAtHome, which will see some of the best British theatre delivered at 7pm (BST) every Thursday on YouTube. It began with James Corden in One Man Two Guvnors on 2nd April.

In a similar vein, Sadler’s Wells is offering full-length dance performances and workshops online. The programme broadcasts every Friday at 7.30pm (BST) and you will be able to watch performances back for seven days via the company’s Facebook page.

Christine and the Queens

The brilliantly-talented Christine and the Queens have already started what promises to be a series of live streams, complete with special guests. The good thing about the Instagram Live concerts is you can watch them back on Instagram at your leisure.

On the subject of staggeringly talented artists performing live on Instagram, Marc Rebillet is an old hand. You really should be following his impromptu live jams on Instagram already but his promise to up his game during the coronavirus crisis is all the more reason to check him out. More of a Twitch fan? He’s signed up there too to deliver his Quarantine Streams…

Garth Brooks is one of the best-selling artists of all time, so a free live concert is not to be sniffed at. Brooks took to his Facebook channel to perform and engage with fans in what he called People Loving People. 248,000 views says he wasn’t wrong. You can watch the stream back and look out for the next one via his Facebook page.

How about world class opera and ballet for free, from the comfort of your favourite chair? Vienna State Opera is now opening its livestream archives. Wiener Staatsoper will broadcast Live at Home recordings of previous opera and ballet performances daily via its streaming platform. Streams start at 5pm or 7pm (CET), which is line with the opera house’s usual performances, and they will remain available for 24 hours.

Time for something a little more relaxing? Welsh mezzo-soprano singer Katherine Jenkins is bringing her crossover classical brand to your home with live Facebook performances every Saturday night from 6pm (BST).

Want more choice? Check out Quaranstream, which promises to collate every livestream it can – and you can submit your own entries, too.

Music for self-isolation: the What Hi-Fi? lockdown playlist

10 of the best songs to test your speakers

50 of the best hi-fi albums for audiophiles