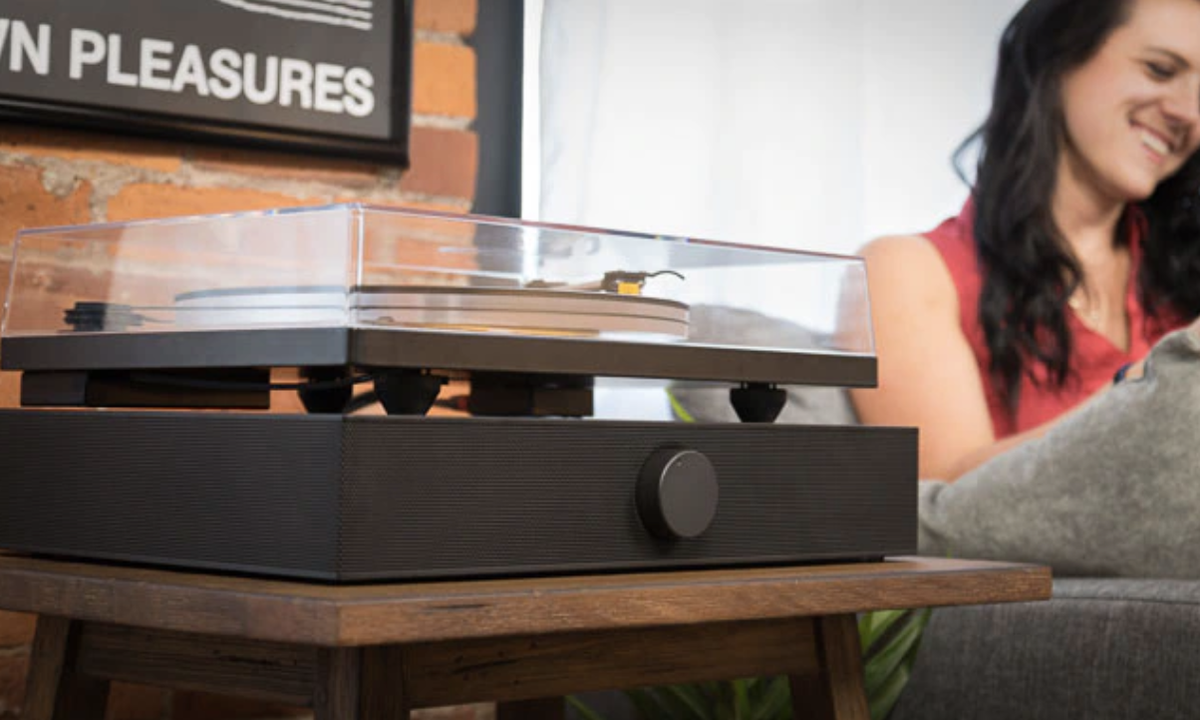 We’re familiar with a TV soundbase, but one for your turntable?

The concept is pretty similar. Place Andover Andover Audio’s Spinbase on a flat surface, put your record player on top, connect the two and let the powered speaker system do the rest.

Before you ask, Andover Audio claims its special Isogroove technology eliminates vibrations so having the speaker underneath your deck shouldn’t affect sound quality.

Spinbase has a phono preamp built-in so it really should just be a case of plug and play – there’s also a line-level input should you want to connect an external source such as a CD player.

Bluetooth 5.0 is also onboard, plus a headphone jack and bass/treble controls.

The speaker array apparently covers a 270 degree arc, with tweeters on the front corners and woofers along the sides, helped by a DSP algorithm that aims to spread the sonic image.

You can back the project on Kickstarter by pledging as little as a dollar, or that enticing fee of $200/£156 to secure your Spinbase in either black or white. There’s free shipping with Canada and the US and, for a fee, Andover Audio will ship worldwide, starting in December.

How to get the best sound from your turntable

How to add a turntable to your existing music system