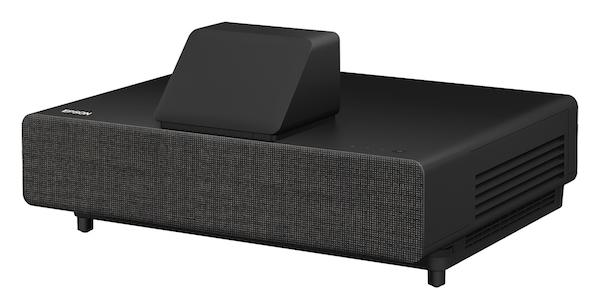 Back in 2019 at in-person (not virtual) CEDIA, we reported on Epson’s new LS500 Laser Projection TV. It’s taken a while, but that model is officially available as of today.

Over the past year, Epson’s ultra short throw projector has gained a fancy new name: EpiqVision Ultra LS500 4K PRO-UHD 4 Laser Projection TV. Beyond that, the LS500 is still spec’d to deliver 4,000 lumens light output, with full coverage of the Rec.709 color space. It also has an Advanced black density control that “individually pulses the laser light to precisely suppress stray light within the signal for incredibly deep blacks,” according to Epson’s press release. Its HDMI 2.0 inputs are 18 Gbps-capable, allowing it to display 4K/HDR content at up to a 60Hz frame rate. A bundled ambient light rejecting projection screen is still part of the package, and so is Android TV for streaming and a remote with built-in Google Assistant for voice control.