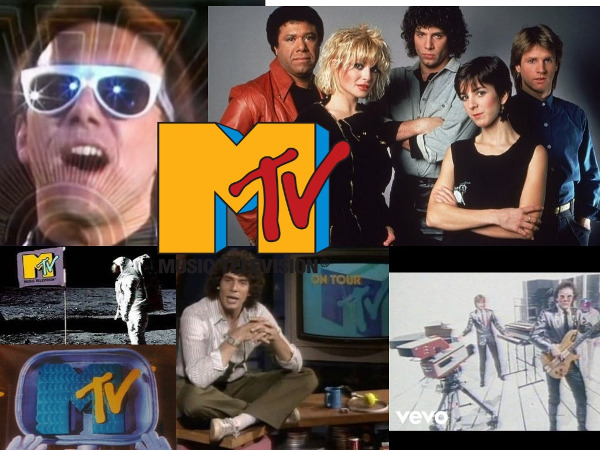 Thirty-eight years ago today, MTV changed the face of music when it cued up its first music video — Video Killed the Radio Star by an unknown British new wave band called The Buggles.

The launch of MTV (Music Television), altered the trajectory of popular music and brought instant fame to the Buggles who would be remembered as one of the biggest one-hit wonders of all time thanks to Radio Star’s heavy rotation in MTV’s early days.

The original MTV was a far cry from the inane reality-TV channel it is today, playing music videos 24 hours a day, seven days a week. The idea of a 24-hour music-video channel was alien in 1981 (as it is again today) but provided a fascinating, often over-the-top glimpse of beloved pop heroes “playing” their hits on outlandish video sets.

Other artists featured during MTV’s launch hour included Pat Benatar, Rod Stewart, The Who, Cliff Richard, The Pretenders, Todd Rundgren, Styx, Split Enz, and .38 Special. Many purist musicians despised the video format, preferring to focus on their music, but no one could deny the power of MTV and the MTV Generation it spawned.

In MTV’s early days, its programming consisted of basic music videos that were introduced by VJs (video jockeys) and provided for free by record companies. As the record industry recognized MTV’s value as a promotional vehicle, money was invested in making creative, cutting-edge videos. Some directors, including Spike Jonze (Being John Malkovich, Three Kings) and Michel Gondry (Eternal Sunshine of the Spotless Mind), worked on music videos before segueing into feature films. In the 1980s, MTV was instrumental in promoting the careers of performers such as Madonna, Michael Jackson, Prince and Duran, whose videos played in heavy rotation.

By the late 1980s, MTV started airing non-video programming, geared toward teenagers and young adults. Its popular reality series The Real World launched in 1992 and was followed by such highly rated shows as The Osbournes, Newlyweds: Nick and Jessica, Laguna Beach, My Super Sweet 16 and The Hills. MTV also debuted animated series including Beavis and Butthead and Celebrity Deathmatch, as well as documentaries, news, game shows and public service campaigns on topics ranging from voting rights to safe sex. MTV developed a reputation for pushing cultural boundaries and taste; the airing of Madonna’s 1989 “Like a Prayer” video is just one famous example. In 1984, the channel launched the MTV Music Video Awards, which were followed in 1992 by the MTV Movie Awards. Today, MTV’s music-video programming is largely confined to one show, Total Request Live.

I remember waiting for a school bus. When MTV started, we didn’t have a big budget at all — no budget for limousines or anything like that — so they rented a literal yellow school bus that drove the crew and VJs out to this little bar in New Jersey, because there weren’t many places that carried MTV. You couldn’t even get it in Manhattan then. [Original VJ] Mark Goodman, I believe, took a limo, because he did not want to ride with these ‘little people,’ because he was the WPLJ disc jockey at that time, which was a big New York rock station,” Quinn said, chuckling. “Anyway, as we watched the launch that night, we were all sobbing. It was the most emotional night. It was like having a baby being born.”