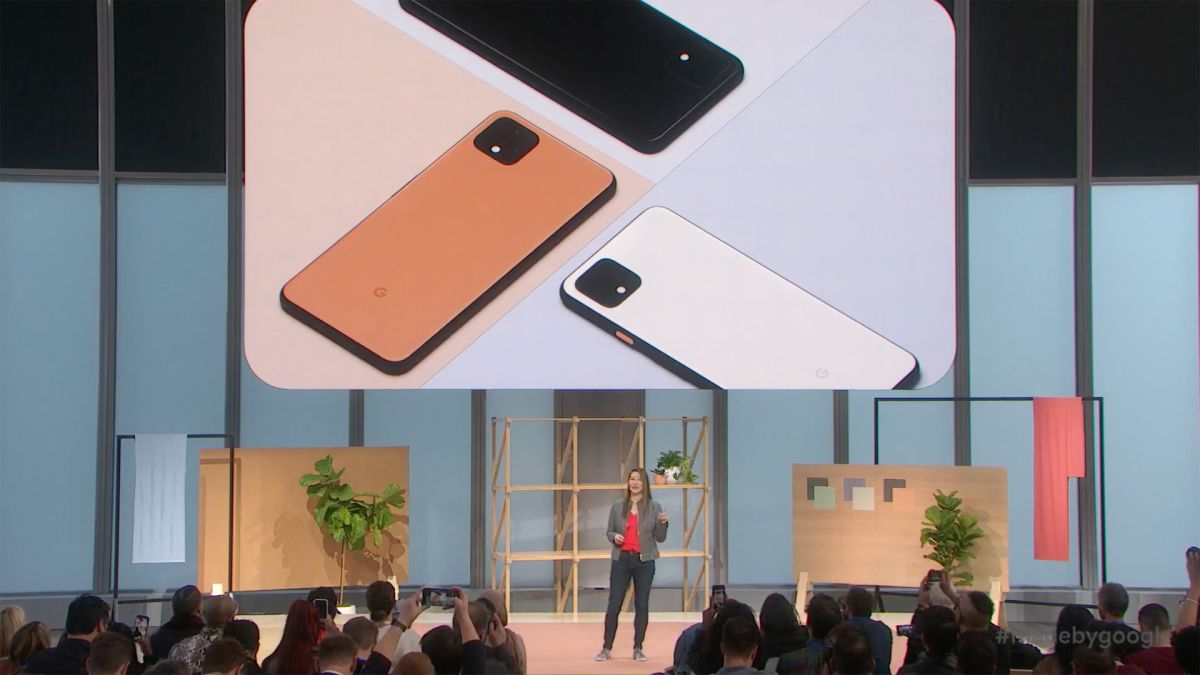 “A new look, new colour and a beautiful new finish” were some of the first words uttered of the Pixel 4 and Pixel 4 XL phones at the annual Made by Google event today. But as we learned in the minutes following the initial reveal, there’s more to Google’s all-new flagships than tweaked aesthetics.

The 5.7in Pixel 4 and 6.3in Pixel 4 XL sport FHD+ and QHD+ OLED Smooth screens respectively with – a Google first – a 90Hz refresh rate, which should bode well for video-watching and gaming experiences, then.

As far as headline specs go, the Pixels 4s boast 6GB RAM, up from their predecessor’s 4GB claim. The Pixel 4 unusually has a smaller battery than the Pixel 3 (2800mAh over 2915mAh), but the Pixel 4 XL’s juice tank does go one better over the 3 XL‘s: 3700mAh up from 3430mAh. As expected, they’re also powered by the latest Qualcomm Snapdragon 855 processor.

Google has gone big on motion gestures with the Pixel 4 and 4 XL, which is no surprise considering its button-less focus in its latest Android 10 software. They are the first smartphones with a radar sensor, which powers “extremely sensitive” motion features courtesy of Motion Sense technology, such as the phone’s “fastest” face unlock.

In practical terms, air-based gestures mean you’ll be able to, for example, skip songs and silence calls by waving over the screen or decrease the volume of an alarm just by reaching out to it.

16MP main and 12.2MP telephoto lenses make up the Pixel 4s’ familiar dual camera arrangement, but sadly there’s no third, ultra-wide snapper, as has become a headline feature in the likes of the Apple 11 and OnePlus 7T. Still, considering Google’s superb run of form in the smartphone camera department, we can’t help but feel this may be more of an omission on paper than it is in practise.

Naturally, software has also been advanced to make the most of the new hardware. Rather than nine bursts of images being captured to create an optimised post-processed picture, as is the case with the Pixel 3s, the new Live HDR+ design works to show you in realtime the final shot through the viewfinder as you are taking it.

Dual exposure controls mean greater adjustment of brightness (which changes capture exposure) and shadow (which changes tone mapping). Efforts have been made to improve the reproduction of whites in tricky lighting, too, and Night Sight has been improved.

Last but certainly not least, Portrait mode is now more accurate and flexible, allowing users to snap bigger objects and stand further back.

As frequent transcribers, we are pretty pleased with the new audio recorder, too, which can transcribe your recordings in real time and comes complete with search functionality that lets users browse particular words and phrases.

Naturally, they’ll be the first phones to support Google Stadia when the online gaming platform launches next month.

Available in Just Black, Clearly White and limited-edition Oh So Orange finishes, the Google Pixel 4 and Pixel 4 XL will be available on 24th October, priced £669/$799 and £829/$899 respectively.

Best smartphones 2019: The best phones for music and movies