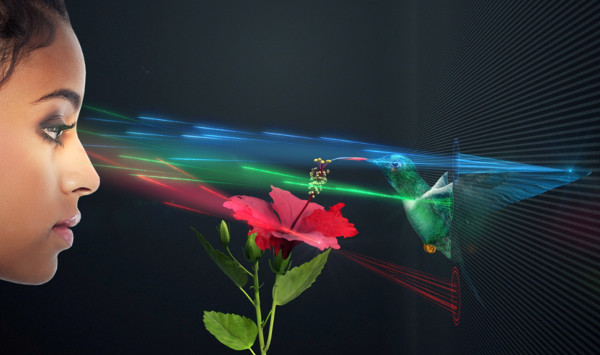 If the notion of a holographic television in your living room strikes you as the stuff of sci-fi, think again.

The Immersive Digital Experiences Alliance (IDEA) just released the first draft of specifications for the Immersive Technology Media Format (ITMF) that defines how to convey complex light fields, or holographic images, to immersive displays such as extended-reality headsets and screens based on the light field technology.

“Recognized for its potential to deliver an immersive, true-to-life experience, light field is now considered the richest and most dense form of visual media, thereby setting the highest bar for features that the ITMF will need to support and the new media-aware processing capabilities that commercial networks must deliver,” the Alliance said in a press release.

The ITMF specification is based on Orbx scene graph technology, a format created by OTOY, Inc. that’s used in 3D animation and game development.

While not fully implemented in the initial draft, the goals for the ITMF specification include practical solutions for transmitting complex data without using an inordinate amount of bandwidth and the “unique ability to achieve a fully immersive image, based on the best possible image representations and with light field technology as the highest common denominator.”

“IDEA came together in response to the growing momentum for immersive media — a viewing experience that goes beyond the constraints of a flat screen and rectangular picture to ‘immerse’ the user in the scene,” explained Pete Ludé, chairman of IDEA and consultant to CableLabs. “Advances such as AR/VR and 3D have approached this concept, but until now there’s been no common framework to enable these types of images to be transmitted on a commercial network and viewed on any device.

“We’re a few years away from realizing that goal, but ITMF is supercharging the effort. And IDEA is doing it without reinventing the wheel, by leveraging innovative and field-proven tools and technologies from the computer graphics world, such as Orbx.”

Proof-of-concept media and applications based on the ITMF spec were demonstrated for the first time yesterday at the Light Field and Holographic Display Summit in Louisville, Colorado.

The complete set of specifications are available for public comment at ImmersiveAlliance.org.