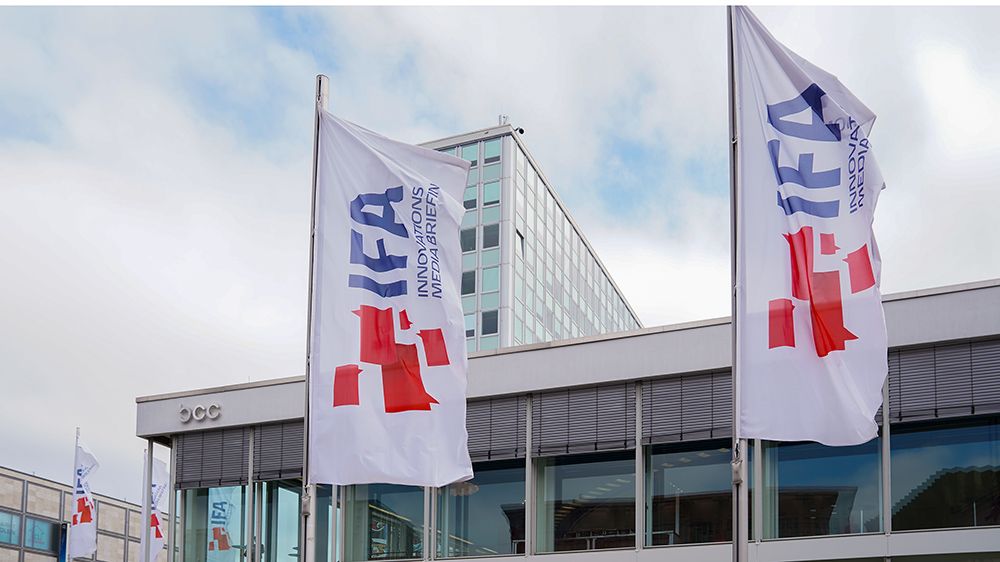 IFA 2020 is happening; not even a global pandemic is stopping it (so far, anyway). Europe’s biggest annual tech show is going ahead as a physical event for its 96th year next month, from Thursday 3rd to Saturday 5th September.

Why? In the words of Internationale Funkausstellung Berlin’s organisers, “we are planning to go ahead based on a reworked concept that highlights IFA’s core functions: supporting brands and manufacturers, retailers, innovators and the media”.

It won’t be the IFA we all know, of course – half the usual show duration, limited capacity, no public presence, and severely reduced exhibitor attendance is seeing to that. But it will be closer to ‘business as usual’ where product launches are concerned – and that is what’s important, right? There’s going to be plenty of new hardware launching over and around those three days.

What Hi-Fi? will be monitoring developments, both in Berlin at the show and in London, to bring you all of the latest announcements. In the meantime, let us talk you through the show’s much-modified format for this year, and the new products we can expect to see…

The show will take place in one exhibition site – a small section of the Messegelände Berlin ExpoCenter City in Berlin, which is the usual venue for IFA.

While most of the tech industry’s events in 2020 have been written off – the plug has already been pulled on CES 2021 next January – IFA 2020 is braving the storm to go ahead as an in-person event in September.

Instead of six days of 1800-odd exhibitors occupying show floors, this year’s will be a much more modest, muted affair.

Firstly, IFA 2020 will run for three days and take place on one smaller site, where there will be strictly controlled access and social distancing measures in effect. Health and safety is a priority for the organizers, so we’ll be interested to see how the new format plays out. Could this watered-down format become the ‘new normal’ for future tech events? Perhaps.

Secondly, attendance will be limited to a maximum of 1000 people per day – just exhibitors, speakers and press; no public.

And thirdly, keynotes and press conferences will take place on just two or three dedicated stages and there’ll be no drifting of attendees from booth to booth to watch them.

A digital hub for IFA 2020, open to all, will also see sessions streamed online, allowing the public, and industry folk who cannot travel, to be a part of the show.

Traditionally, everyone who is anyone in the consumer electronics world can be found at IFA, from big TV giants to small audio outfits. Manufacturer attendance will be severely reduced this year – undoubtedly in no small part due to travel concerns – although the likes of LG, TCL and Huawei will be out in Berlin in force, each hosting a physical press conference to share their latest innovations (see below).

A shortage of attendees shouldn’t mean a shortage of product launches, though – far from it. We’ve been invited to a stream of online press events during the week of IFA from some of the biggest names in the business. Even though many brands launching products won’t be officially connected to IFA, we can still expect the usual onslaught of news announcements during the show and in the days leading up to it.

IFA 2020: what new products will launch?

Essentially, we don’t know for sure what new products will be launched during IFA – and even if we did we couldn’t tell you yet! – but we can make educated (as well as less educated) guesses…

Denon
Denon is celebrating its 110th anniversary this year, so will the industry veteran choose to celebrate that milestone with new product reveals during IFA? Who knows, but its 8K-ready AV receivers for 2020 have already been unveiled, so further additions to its audio range could perhaps be on the cards. Fingers and toes crossed.

Harman
Harman is traditionally prolific during IFA, with new, ever-colourful JBL speakers and headphones never in short supply. Anything new for this year sadly won’t be lighting up Harman’s typically impressive IFA tent, but we are hopeful that the products will still come one way or another.

LG
As LG is one of the few brands hosting a press conference at IFA, we hope it has something to announce – although your guess as to what is as good as ours. The Korean giant has recently launched true wireless earbuds and soundbars, and its 2020 TV line-up seems complete. LG CTO and executive vice president P. Park, who is hosting the press conference, it set to “discuss the recently rising importance of the home due to increased home office situations and online education”… so perhaps new hardware won’t be the theme.

Philips
While many TV brands confine their annual range launches to CES, Philips often has a big presence at IFA. Last year it introduced new OLED TVs in collaboration with Bowers and Wilkins, so there’s no reason to expect this year will be any different – especially as it recently announced that new TVs with B&W audio are on the way.

Samsung
Samsung is hosting an online event called Life Unstoppable on Wednesday 2nd September at 9am BST (10am CET), which will “unveil the latest innovations from Samsung’s mobile phone, wearables, TV, audio, and home appliance businesses… through an interactive virtual world”. The invite also states new products will be unveiled. So watch this space.

Sony
The highly anticipated Sony WH-1000XM4 wireless noise-cancelling headphones would have been high on our list of expected launches but they have just been announced. As we recently noted in our list of hi-fi and home cinema products we want to see in this world, we’d like to see a long-awaited successor to the celebrated STR-DN1080 AV receiver, too, but we have had no indication whether one will arrive next month.

TCL
TCL is no doubt gearing up to show off new TVs for Europe at its IFA press conference. The Chinese TV brand has quickly become one of the most exciting display manufacturers – and its 2020 activity on this side of the pond has been prolific so far, having introduced everything from budget 4K TVs to nicely priced QLEDs to flagship 8K QLED TVs.