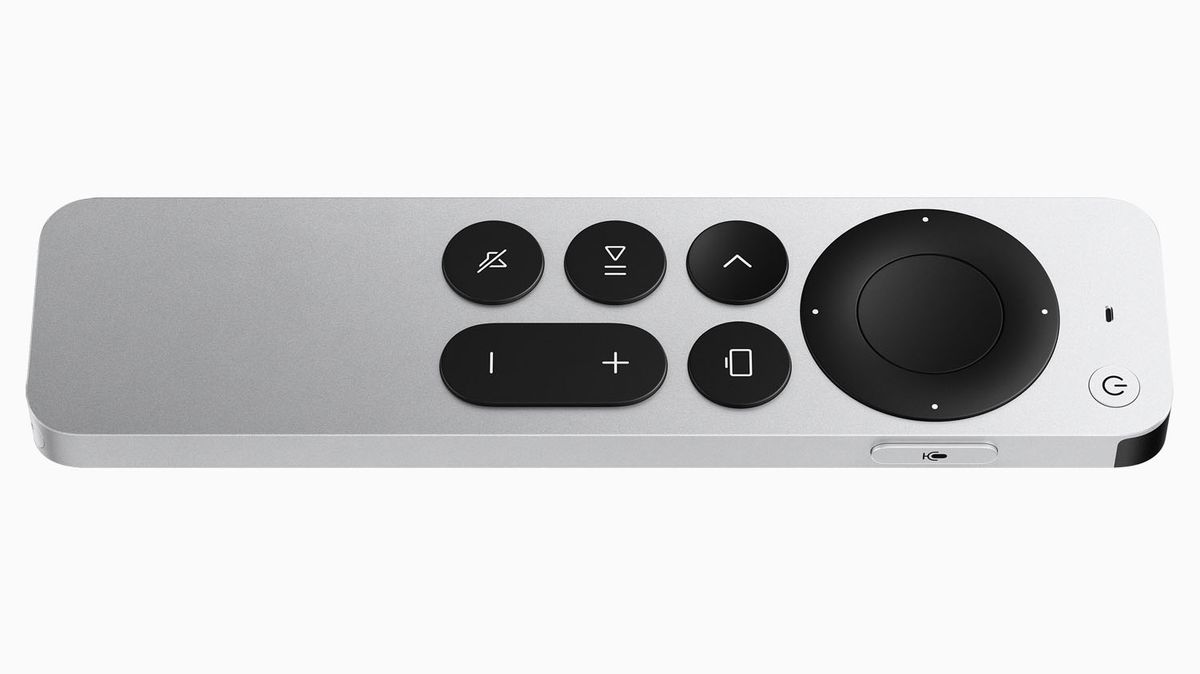 That’s because it lacks a gyroscope and accelerometer, meaning no Wii-style motion gaming. According to MacRumors, if you try to play a motion-controlled game with the new remote you’ll see the following error message:

“To play this game on your Apple TV, you need to connect the Apple TV Remote (1st generation) or a compatible PlayStation, Xbox or MFi controller.”

Why the change? Apple Arcade is trying to position itself as a more serious gaming platform, with fewer motion-controlled titles, which are seen as frivolous by more hardcore gamers. It stopped insisting that games on the platform support the original Siri controller’s motion controls back in 2016, and in 2019 started supporting controllers from “proper” consoles such as the Xbox One and PS4. It will soon support PS5 and Xbox Series X/S controllers, too.

The new Apple TV supports high frame rate HDR with Dolby Vision at 60fps, and is powered by the A12 Bionic chip, which debuted in 2018’s iPhone XS. It also has a unique approach to setting the colour balance: it uses your iPhone’s sensors to optimise the video output for your particular TV. The light sensor in the iPhone compares the colour balance to “industry-standard specifications used by cinematographers worldwide”. The Apple TV 4K then automatically tweaks its picture output to allegedly deliver more accurate colours and better contrast based on the measurements it takes from your TV.

We can’t wait to try it for ourselves.