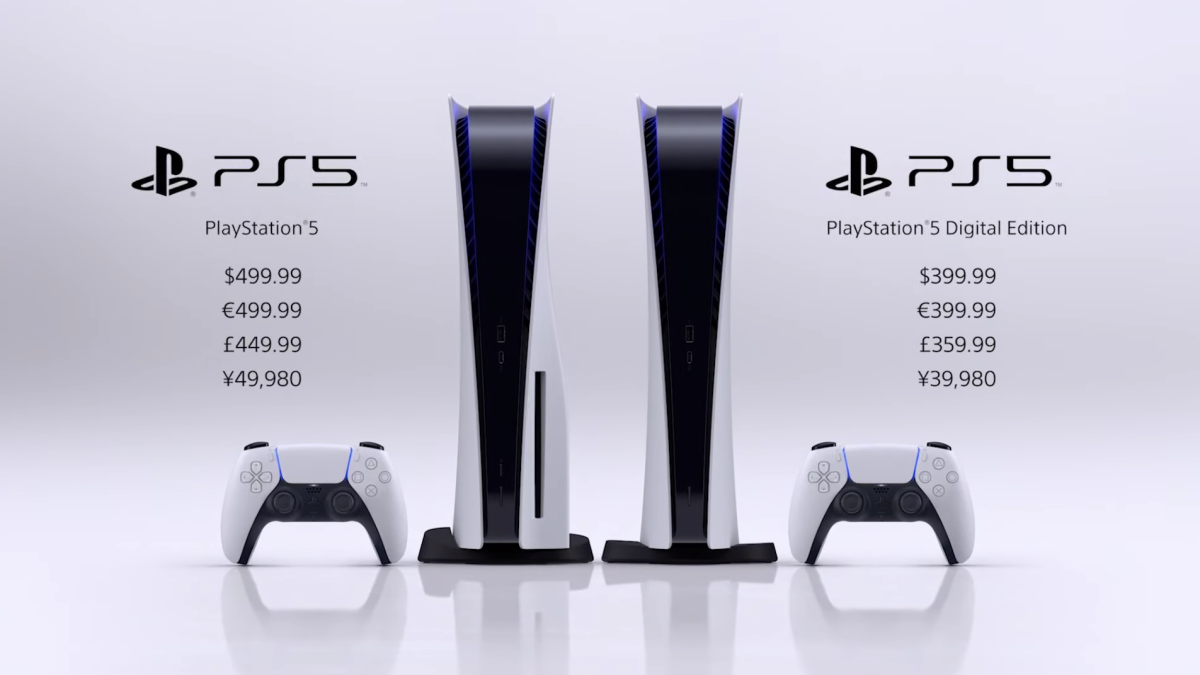 There are two different on-sale dates depending on territory, though. If you live in the US, Japan, Canada, Mexico, Australia, New Zealand or South Korea, you’ll be able to get your hands on a PS5 on the 12th November. The rest of the world will have to wait a whole week longer, until the 19th November, to get their hands on the next-gen consoles.

On the official PlayStation blog, a post by Jim Ryan, President & CEO of Sony Interactive Entertainment, tackled the subject of PS5 pre-orders, saying that “pre-orders will be available starting as early as tomorrow [Thursday 17th September] at select retailers, so please check with your local retailer”. Let’s just hope there aren’t any PS5 supply issues.

This makes pricing for the PS5 identical to the Xbox Series X price, its closest rival. And, although the PS5 Digital Edition is more expensive than its Xbox equivalent, the Series S (£359/$399 vs £249/$299) it looks like the disc-less PS5 doesn’t sacrifice any performance, unlike its Xbox equivalent.

PS5 vs PS5 Digital Edition: which should you buy?