TV maker TCL today announced that its 5-Series Roku models for 2020 are now available, and that pre-orders are being taken for the new 6-Series Roku sets it expects to ship later this month.

As Sound & Vision previously reported from the CES 2020 show floor, new 6-Series Roku models will feature a backlight consisting of thousands of mini-LEDs similar to the company’s 75-inch 8-Series model that we reviewed in 2019. This mini-LED array will power up to 240 Contrast Control (local dimming) zones on 6-Series sets, which additionally pack Quantum Dots (QLED) and support for the Dolby Vision, HDR10, and HLG HDR formats. The 6-Series models are also outfitted with an AiPQ Engine that features dedicated algorithms to enhance color, contrast, sharpness, and upscaling. 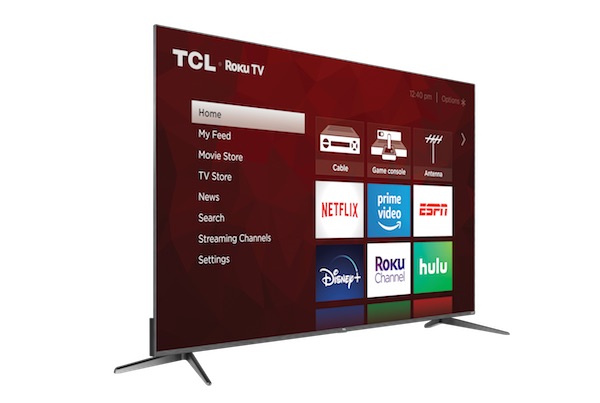 There’s no news yet from TCL on availability or pricing for the 8K Roku models it talked up at CES 2020, but the company said that word on those sets is forthcoming—probably later this year. News on the new Vidrian mini-LED display tech the company demo’d at CES will also be revealed at that time.

To learn more about the TCL 6- and 5-Series TVs, visit the company’s website.