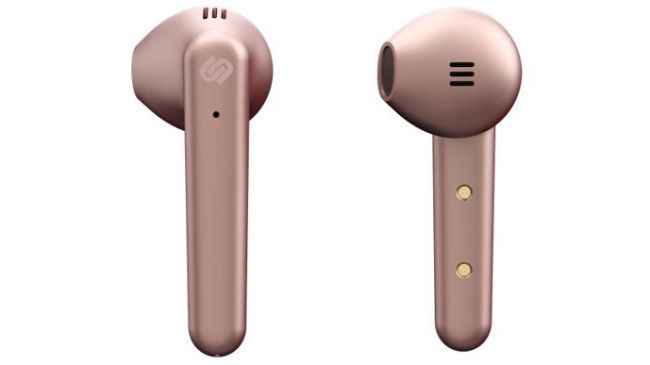 Urbanista has updated its Stockholm true wireless earbuds – say hello to the Stockholm Plus.

Costing £69/$69, they’re a much more wallet-friendly take on Apple’s iconic AirPods. And they’re £20/$30 cheaper than their predecessors.

So what’s different from the previous generation, apart from the price? The carry case now gives you five extra charges, up from three on the standard Stockholms, and with their 3.5-hour play time, that gives you a total battery life of around 21 hours.

Urbanista is also claiming the sound has been improved. Inside are new drivers, a new chipset and new microphones.

The Urbanista Stockholm Plus come in five colours now, instead of their predecessors’ four,  and they’re splash-proof for peace of mind while out in the rain. The carry case has also been redesigned.

Like their predecessors, they work with Android and iOS operating systems, have noise-cancellation for neutralising unwanted noise, and are compatible with Siri and Google Assistant.

The question is, with competition in the wireless earbud market fiercer than ever, do they do enough to stand out from the crowd? We’ll have to wait for a full review to find out.