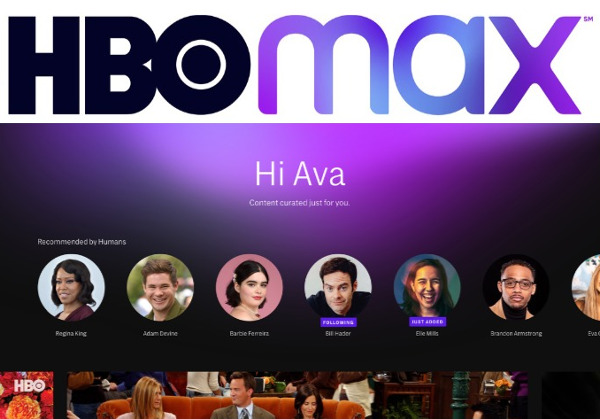 The streaming wars are heating up. Again. WarnerMedia has announced that it plans to launch a new streaming service called HBO Max next May.

Late to the party, the service will follow the launch of Apple TV+ on November 1, Disney+ on November 12, and NBCUniversal’s free ad-supported streaming service, Peacock, in April 2020.

The service will be offered to subscribers of HBO Now and HBO (through AT&T) at no extra charge, while new subscribers will pay $14.99/month. Subscriptions to Apple TV+ and Disney+ will cost $4.99/month and $6.99/month, respectively; NBCUniversal has yet to announce pricing. AT&T will also offer bundles that include HBO Max to customers of its premium video, mobile, and broadband services.

HBO Max will launch with 10,000 hours of “curated premium content” including HBO content, movies from the iconic Warner Bros. library, and programming from New Line, DC, CNN, TNT, TBS, truTV, Turner Classic Movies, Cartoon Network, Adult Swim, Crunchyroll, Rooster Teeth, and Looney Tunes. The company said 1,800 movies spanning “every genre, taste, and fan interest” will be available at launch, including film franchises such as The Matrix, The Lord of the Rings, The Hobbit, Gremlins and the Lego movies. The service will also launch with every DC film from the last decade, including Aquaman and Joker, and every Batman and Superman movie from the last 40 years.

In addition to supporting downloads for offline viewing, the service will feature content hubs, personalized profiles and homepages, and kids’ profiles with parental PIN access.

HBO Max will also employ “human powered discovery and analytics in novel ways to make it much easier for viewers to quickly find the content they are passionate about.” And to address the dilemma of co-viewing, which influences viewing recommendations for a specific person, the service will allow users to create shared watch lists so they can watch shows with other members of their household without impacting their personal profile.

As with Apple TV+ and Disney+, HBO Max will offer new original programming. Shows will include:

• The Fungies!, a “prehistoric comedy” from Stephen Neary and Cartoon Network Studios that explores Fungietown through the whimsical quests of Seth, a young student at Fungietown Elementary.

• Tig N’ Seek, a series from Myke Chilian and Cartoon Network Studios that follows 8-year-old Tiggy and his gadget-building cat, Gweeseek, as they search for the lost items of Wee Gee City and humorously navigate day-to-day dilemmas at the Department of Lost and Found.

• Tooned Out, a half-hour live-action/animated comedy executive produced by Robert Zemeckis (Forrest Gump, Back to the Future). Things get a little cartoony for Mac when he starts seeing iconic cartoon characters in his life who help him through a rough patch in his life.

• Jellystone, a new animated comedy series from Warner Bros. Animation that welcomes viewers to the town of Jellystone, where their favorite Hanna-Barbera characters live, work, play, and stir up trouble together.

• DC Super Hero High, a half-hour comedy series executive produced by Elizabeth Banks (Charlie’s Angels) that follows a group of students experiencing at a boarding school for gifted kids. As the teens navigate the pressures of high school, none of them realize that someday they will become legendary DC Super Heroes.

• Strange Adventures, a DC Super Hero anthology series executive produced by Greg Berlanti (Arrow, The Flash, Supergirl) that features characters from across the DC canon. One-hour dramas will explore morality tales about the intersecting lives of mortals and superhumans.

• A Green Lantern inspired series from Berlanti Productions that will introduce characters from this iconic comic series.

• Bobbie Sue, a feature-length film starring Gina Rodriquez (Jane the Virgin) about a young headstrong lawyer who lands a career-making case with an upper crust law firm, only to realize she’s been hired for optics and not her expertise.

WarnerMedia also announced new HBO originals — including House of the Dragon, a 10-episode “Game of Thrones” (GoT) prequel, based on the George R.R. Martin series Fire & Blood set 300 years before the events of GoT — and a number of classic and library titles that will also be available on HBO Max in its first year. The list includes South Park, Rick & Morty, The O.C., Aqua Teen Hunger Force, Robot Chicken, Space Ghost Coast to Coast, The Bachelor, Impractical Jokers, The Closer, Rizzolli and Isles, Major Crimes, The Alienist, The West Wing, United Shades of America with Kamau Bell, This is Life with Lisa Ling, and Anthony Bourdain: Parts Unknown.

Disney’s Streaming Service Will Be More than Mickey Mouse