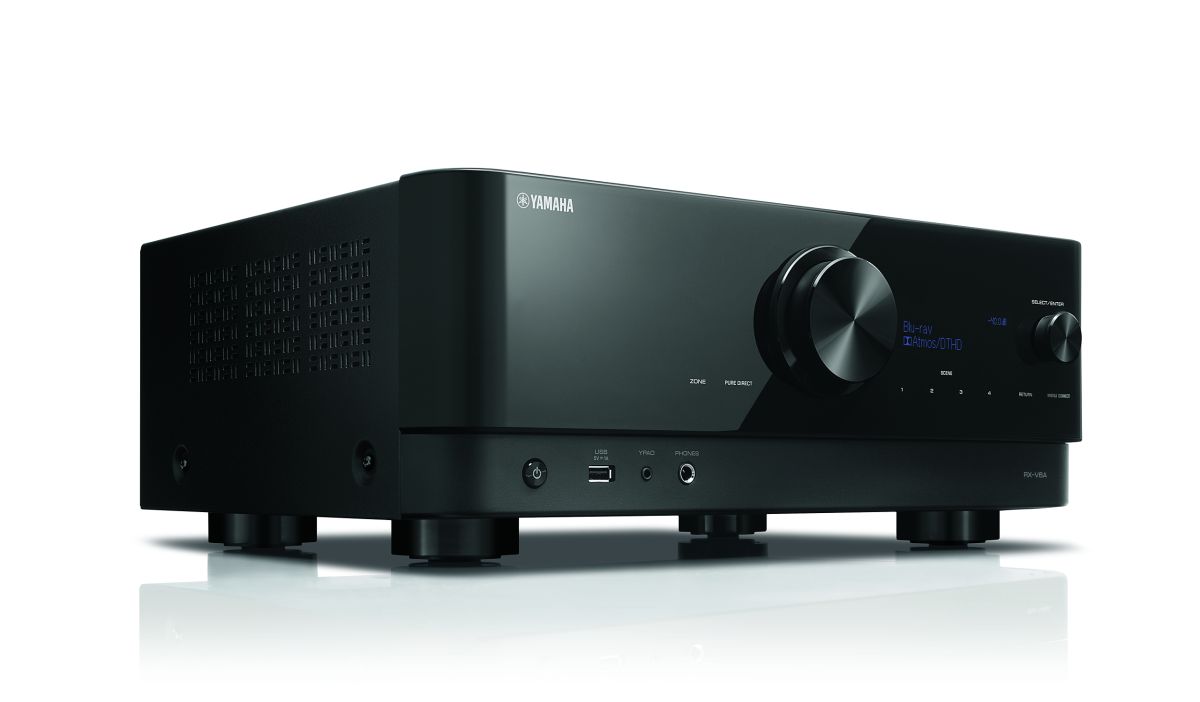 Yamaha has launched two new home cinema amplifiers with a twist – they’re pitched at gamers as much as they are movie buffs. And with two next-gen consoles due to launch before Christmas, they’ve timed their arrival to perfection.

The rather handsome, “redesigned” RX-V line-up consists of the 5.1-channel RX-V4A and the 7.2-channel RX-V6A. Both support 8K and HDR10+, as well as VRR (Variable Refresh Rate), which should deliver smoother console gameplay.

Before you get too excited, though, Yamaha has confirmed that none of these features, even the 8K support, will be included at launch. Instead, they’ll be coming via a firmware update that’s “tentatively” scheduled for December.

In the meantime, you will at least be able to enjoy an apparently substantially upgraded audio performance, particularly if you opt for the 100W RX-V6A, which has High Slew Rate Amplifiers that should result in greater dynamic responsiveness. The RX-V6A will also get Dolby Atmos Height Virtualization (which aims to recreate the Atmos height effect without the need for ceiling-mounted or upward-firing speakers) via another firmware update that’s currently scheduled for “Q1 2021”.

Either AV receiver should integrate into your home (and home network) without too much fuss. Both have YPAO Multi-Point automatic room calibration, support for wireless rear speakers, Apple AirPlay 2,  Spotify Connect and multi-room audio and voice control courtesy of Amazon Alexa, Google Assistant and Siri-enabled devices.

Already in possession of some Yamaha MusicCast kit? Both are MusicCast-enabled, so they should slot right into your existing set-up.

Yamaha’s B20 DTS Virtual:X soundbar is compact and affordable