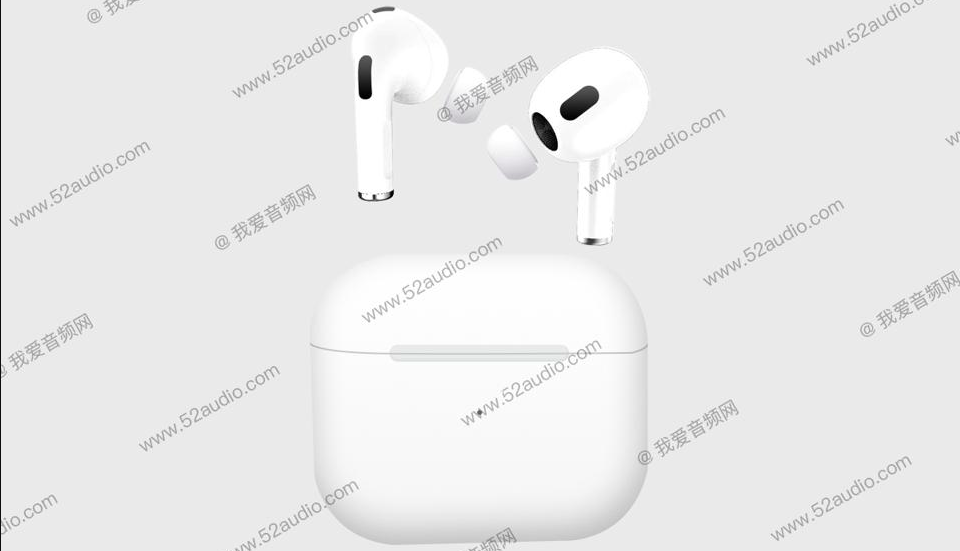 Could this be our first proper look at the Apple AirPods 3? The leaked image above, posted by 52audio (via Macrumours), claims to expose Apple’s next-gen wireless earbuds in their entirety.

In line with recent Apple AirPods 3 news, rumours and leaks, the hotly anticipated buds appear to take their cue from the AirPods Pro, with interchangeable silicone ear tips, touch controls and smaller stems. That gives them a degree of credibility, although you might want to take today’s image with a pinch of salt – a number of purported AirPods 3 images, including one of those published by 52audio, have later proven to be fakes.

Today’s leak also gives us a clear picture of the charging case, which seems to sport a curvaceous design that harks back to the original AirPods case. Look closely and you’ll also spot a new LED changing indicator on the front.

Hopefully it won’t be long before Apple unveils the real thing and puts an end to the speculation. The AirPods 3, the follow-up to the second-gen AirPods (2019), are expected to be released on 16th March, according to this tweet from tech tipster Jon Prosser.

Thinking of upgrading? Apple AirPods 2 vs AirPods Pro: which is better?

Or check out the best iPhones around