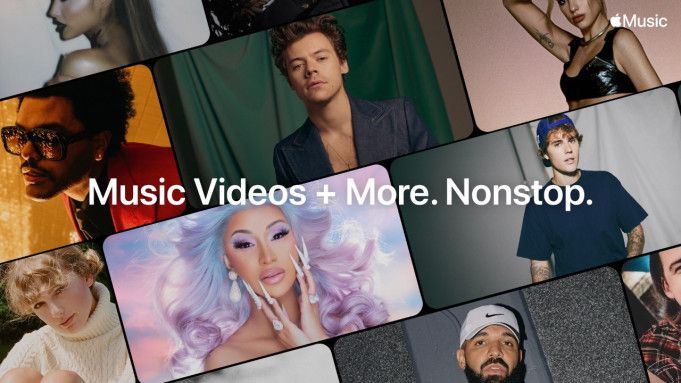 Apple Music TV is free, although currently you’ll need to be a US resident to enjoy it – Apple has yet to confirm if Apple Music TV will launch outside of the States. The service can be accessed here: Apple Music TV. You’ll also spot it in the “Browse” tabs in the Apple Music and Apple TV apps.

The shiny new service launched earlier today (Monday 19th October) with a countdown of the top 100 all-time most-streamed songs in the US on Apple Music.

Fan of The Boss? Variety reports that Apple Music TV will celebrate the upcoming release of Bruce Springsteen’s Letter to You album with an “all day Bruce takeover” this Thursday. It’ll comprise Springsteen’s most popular videos, an exclusive interview conducted by Apple Music host Zane Lowe, plus a “special live fan event.”

Apple Music TV will devote Fridays to new music, too. For example, this Friday viewers will be treated to the premiere two exclusive videos at 12pm ET (9am PT): Joji’s 777 and Saint Jhn’s Gorgeous.

Earlier this year Apple rebranded its 2015-launched Beats radio station as Apple Music in a direct challenge to Spotify. Now, it looks like Apple wants a platform to compete with the likes of YouTube and Facebook, which earlier this year unleashed thousands of music videos.

If all of this sounds familiar, that might be because MTV pioneered the concept of a 24-hour music video TV channel back in the ’80s. It boasted over 90 million viewers in its hey-dey but its output is now almost exclusively devoted to reality TV shows.

Apple Music vs Spotify: which is better?

Rock on: our pick of the best music streaming services

Our guide to the best wireless speakers