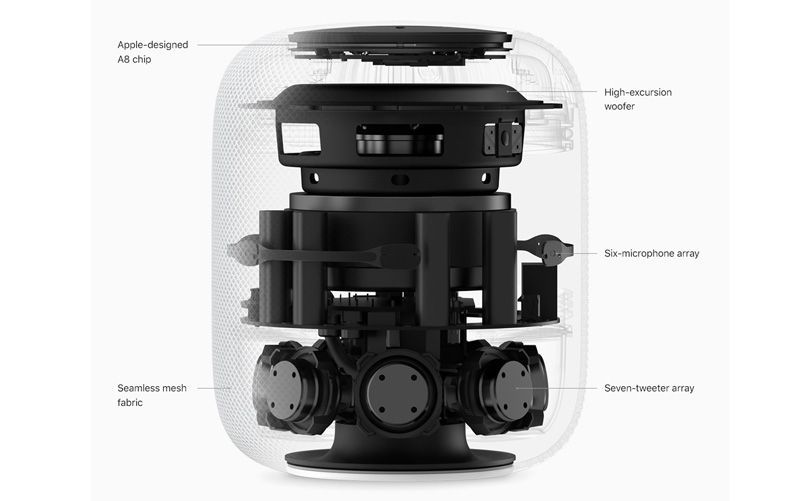 There’s an update coming for the Apple HomePod and the word is that it will add home cinema sound to the Siri smart speaker’s list of skills. When paired with Apple TV 4K, it will be able to decode Dolby Atmos tracks and up to 7.1 channel audio too.

According to the Verge, Apple has already confirmed that these features are on their way to the Apple HomePod in the near future but, sadly, not the recently announced Apple HomePod mini which doesn’t have the same spatial awareness ability.

We look forward to seeing how Apple’s ‘Home Cinema with Apple TV 4K’ processing creates the promised 7.1 and 5.1 effects. Doubtless, the 360 arrangement of the HomePod’s seven tweeters and single upward-firing woofer will help with the sense of surround and the height that Atmos demands.

While, on the surface, it may seem a bit improbable that this TV sound will be much to write home about, there are plenty of soundbars that manage to do some very successful things with surround virtualision. What’s more, the Amazon Echo Studio already offers something along these lines.

What Apple has indicated is that these effects will work best when two HomePods are used as a stereo pair but Atmos will still be possible with just the one device.

The Dolby Atmos update comes as part of a push for better communication between Apple’s smart devices. We’ll update you when it lands.

Sonos One vs Apple HomePod: Which smart speaker should you buy?

How HomePod was made: a tale of obsession from inside Apple’s audio labs