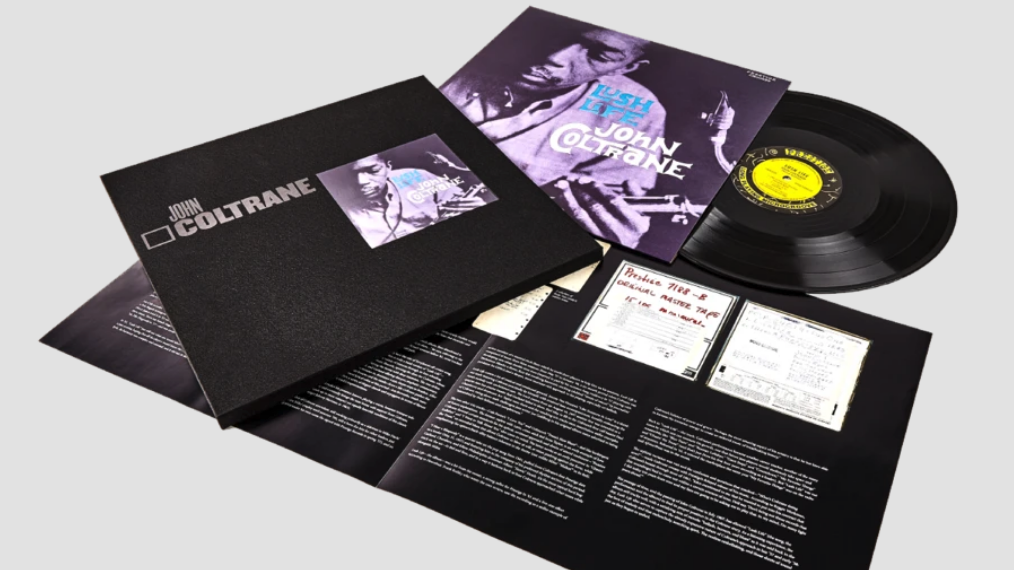 Each chunky 180-gram disc is pressed from analog masters using a one-step process (rather than the typical three-step process) in an effort to reduce the amount of surface noise on the record and consequently deliver “maximum detail, clarity and dynamics”. This process, Craft says, “guarantees that each record is a true representation of the original lacquer and is as close as the listener can get to the original recording”.

Of course, poring over the fancy packaging is half the fun of buying deluxe edition vinyl and, in that respect, Craft Recordings seems to have pushed the boat out. There are foil-stamped, linen-wrapped slipcases fitted with ribbon pull tabs and liner notes penned by revered music historians.

The Small Batch series kicks off with the release of John Coltrane’s iconic Lush Life album, which celebrates its 60th anniversary this year.

Craft went to some lengths to ensure that the reissued vinyl presents as a faithful rendition of Coltrane’s original recording. The company sent the original analog tapes to Grammy Award-winning engineer Bernie Grundman, who used a custom tube pre-amp and analog mixing console to preserve every swaying solo and piano improvisation.

“When it comes to jazz,” explains Grundman, “all you want to do is present the music in a good way. No gimmicks. No extra compression. Just the pure instruments.”

The first run of Small Batch pressings is limited to 1000 copies worldwide. The price is a suitably deluxe $99.99. Or rather, it was – pre-orders sold out in just two hours.

On a brighter note, Craft is planning to release “two or three more titles” this year and continuing into 2022. Vinyl junkies can sign up to the Craft Recordings newsletter to be the first to know about the next Small Batch pressing. In the meantime, here’s our pick of the 10 of the most collectible (and valuable) vinyl records.

Save money with these best record player deals