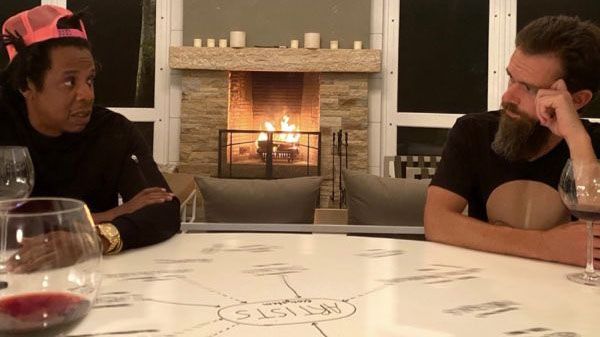 In somewhat unexpected news, Tidal has a new owner. Jack Dorsey, co-founder of Twitter, and founder and CEO of Square, has announced that Square has acquired a majority stake in Tidal.

Announcing the news on Twitter, where else, Dorsey said, “It comes down to a simple idea: finding new ways for artists to support their work. New ideas are found at the intersections, and we believe there’s a compelling one between music and the economy. Making the economy work for artists is similar to what Square has done for sellers.”

An image shared with the post announcing the news shows Jay-Z, Tidal’s existing owner, and Dorsey plotting around a chart that has “Artists” overtly circled in the centre. Hopefully the good intentions will translate into good news for all of us who want to see musicians and bands rewarded fully by streaming music services.

Square will pay $297 million in a mix of cash and stock to become Tidal’s “significant majority” owner, though Jay-Z and Tidal’s other existing artist-shareholders will retain some ownership in the company. Tidal will operate independently within Square and Jay-Z will join Square’s board of directors.

Jay-Z acquired Tidal for $56 million in 2015 and announced plans to turn it into the first artist-owned streaming service, following a star-studded launch featuring Madonna, Daft Punk, Kanye West and more.

Tidal offers hi-res audio streams from MQA, alongside lossless and standard audio tiers, putting it one step ahead of Apple Music and Spotify in sound quality terms, even since the news of the impending Spotify HiFi launch.

Tidal vs Spotify: which is better?