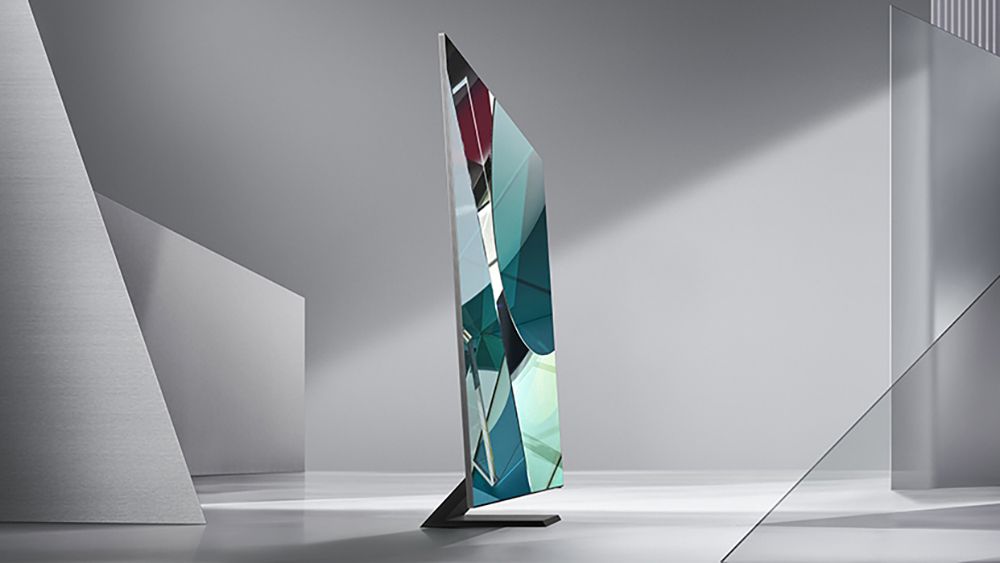 In other words, Samsung is almost certainly planning to unleash a truckload of QLED TVs next year. The news was spotted by 4KFilme and FlatPanels HD and although nothing’s been confirmed by Samsung to the media, it should make for some interesting discussions over the specs of Samsung’s 2021 TVs.

As to the meaning of the trademarks, there are a few theories…

Samsung is tipped to launch its first MiniLED LCD TVs – said to offer deeper blacks than current LCD panels – in 2021. Could it be that Samsung is planning to market its first MiniLED TVs as QLED variants, using the shiny new trademarks? ‘Quantum Matrix’ certainly has a nice ring to it.

There’s another, perhaps less likely, theory. Samsung is also rumoured to be gearing up to launch the world’s first Quantum Dot-OLED TV. QD-OLED is said to be the ‘holy grail of TV tech’ because it combines the deep blacks of OLED panels with the outstanding brightness of QLED sets. Again, it’s possible the latest trademarks could be used to help market Samsung’s debut QD-OLED TVs.

Either way, we should find out shortly. Around this time last year, Samsung registered the trademarks Dual LED, Zero Bezel and Infinity Screen. Two months later, it announced the launch of its bezel-less Infinity Q950TV 8K TV.

Fancy a new 4K TV for Christmas? With the Black Friday sales in full swing, we’re seeing big discounts on Samsung’s 2020 QLED models, including £700 off the five-star 55-inch Q80T. Will this be one of the best Black Friday TV deals we’ll see in 2020? Quite possibly…

Browse the best OLED TVs for every budget