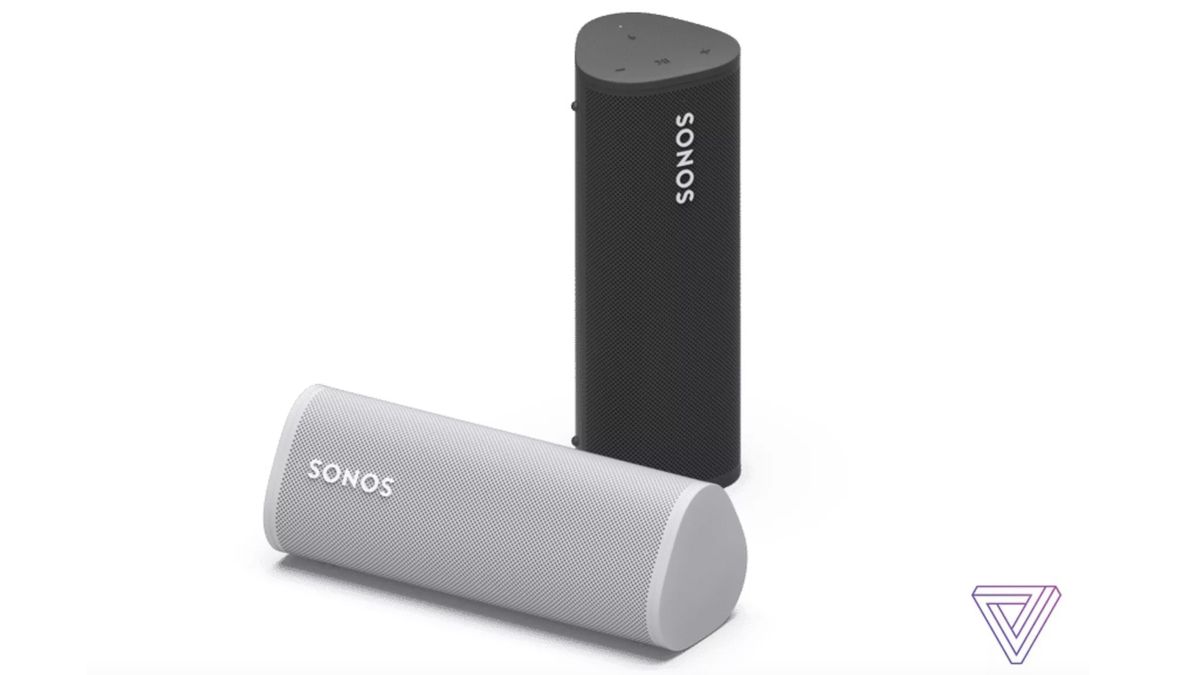 Sonos’ next product, which is due to be officially unveiled next Tuesday (9th March), looks almost certain to be a portable Bluetooth speaker called the Sonos Roam.

As reported by The Verge, and according to a source it states has “direct knowledge of the Roam”, the Sonos Roam (pictured) measures 6.5 x 2.5 x 2.5 inches, making it much smaller, and no doubt lighter, than Sonos’ existing Move Bluetooth speaker, and more comparable to the size of the popular UE Boom and JBL Charge.

Sonos hasn’t confirmed the existence of the Roam but the leak carries a fair bit of weight – not least as rumours of such a device have been circling for months now, and documents for a portable speaker were filed by Sonos with the FCC (Federal Communications Commission) in the US a month ago. And let’s be honest, from the image above it does look very Sonos.

The report doesn’t divulge all the features but does state that the Sonos Roam will come with a USB charging cable, with a wireless charging dock provided as an optional extra costing $49.

The Sonos Roam itself will reportedly cost $169 and will go on sale on 20th April, making it almost half the price of the $399 Move and putting it in direct competition with excellent speakers such as the Audio Pro Addon T3, Amazon Echo Studio and Ultimate Ears Megablast. Mind you, the Roam will undoubtedly come to the market with a few Sonos USPs.

All should be revealed next Tuesday at 9pm GMT (4pm ET, 1pm PST), when we will be tuning in to the Sonos launch event.

This all suggests that the brand’s other heavily rumoured product, the first Sonos wireless headphones, could well be the second of the two products it plans to release this year. But will they be revealed on Tuesday? There’s not long to wait until we find out.

The best Bluetooth speakers 2021 you can buy

Which Sonos speaker should you buy?