Sony is touting its new Cognitive Processor XR as a common feature for all of the new TVs. According to the company’s release, this “divides the screen into numerous zones and detects where the ‘focal point’ is in the picture.” The release goes on to state the “new processor can cross-analyze an array of elements at once, just as our brains do. By doing so, each element is adjusted to its best final outcome, in conjunction with each other, so everything is synchronized and lifelike–something that conventional AI cannot achieve.” (Take that, conventional AI!)

Other features common to both the new OLED and LCD models include Bravia Core, a feature that allows users to stream movies directly to the TV from the Sony Pictures Entertainment catalog, along with IMAX Enhanced titles. According to Sony, Bravia Core uses “Pure Stream” technology, allowing for “near lossless UHD BD equivalent quality with streaming up to 80 Mbps.” The new models also get an upgrade from Android TV to the Google TV platform, allowing for integration of multiple streaming services with a user-friendly onscreen UI and hands-free voice control via Google Assistant. Apple’s AirPlay 2 and HomeKit are also featured on the new models.

Here are the specs for the new TVs: 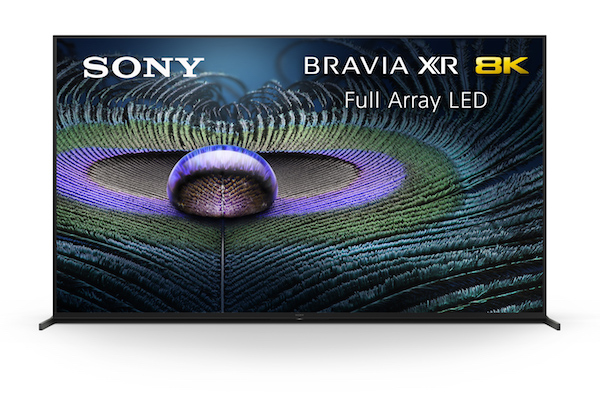 Sony’s Z9J series 8K LCD models will be available in screen sizes up to 85 inches. 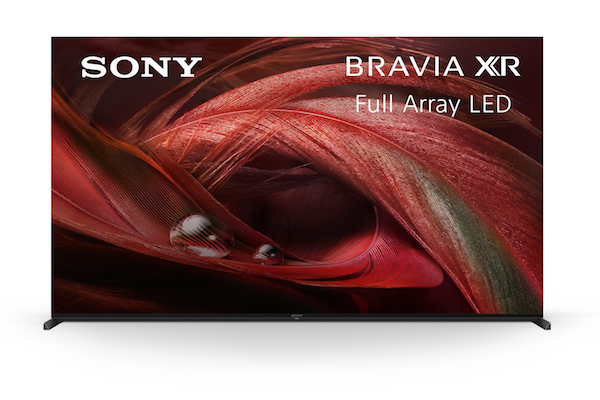 Sony’s 4K-resolution X95J series LCD models will also be available in screen sizes up to 85 inches. 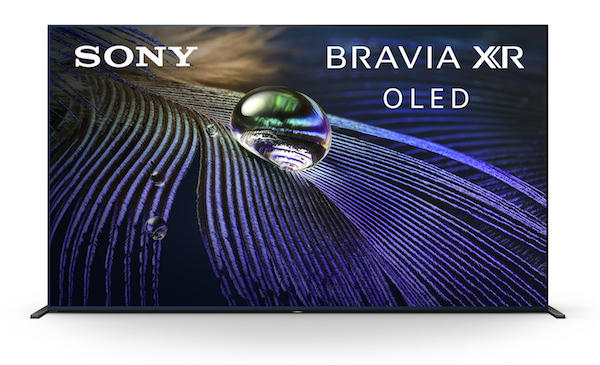 The 4K-resolution Master Series A90J OLED TVs will be available in screen sizes up to 83 inches.

Master Series A90J and A80J OLED TVs
Sony’s new A90J OLEDs are all 4K-res models that will be available in 83-, 65-, and 55-inch screen sizes, while the A80J series will arrive in 77-, 65-, and 55-inch screen sizes. Both feature XR OLED Contrast, a feature that “adjusts brightness for higher peaks in glare and deeper blacks in shadow” and XR Triluminos Pro, which “enables a wider palette to reproduce each color with the subtle differences seen in the real world,” according to Sony’s Pre-CES news release. The A90J models feature a two-way stand with hero and soundbar position options, while the A80J models feature a three-way stand.

Pricing and availability for Sony’s 2021 TV lineup will be announced later this spring.