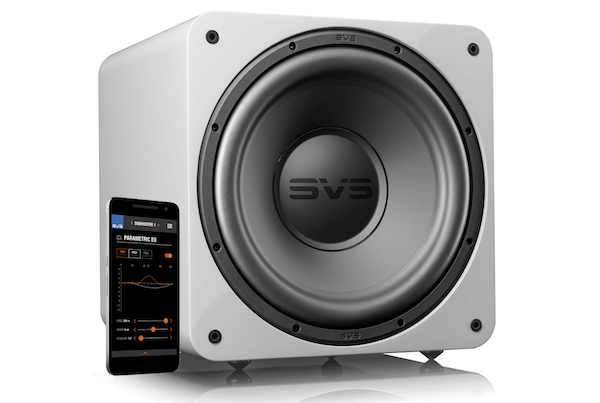 “We shocked people with the upgrade in performance delivered by the 2000 Pro Series, which replaced our most popular subwoofers of all-time,” said Gary Yacoubian, SVS President and Managing Partner. “With the 1000 Pro Series, the performance bar has been set even higher and I have no doubt audio fans will be blown away by what these subwoofers deliver. Our engineers deployed the most advanced amplifier technology from our flagship subwoofers, while upgrading the drivers, the cabinets, and the user experience with our SVS smartphone app. Compared to their predecessors and the competition, 1000 Pro Series are a quantum leap forward.”

Both 1000 Pro subwoofers feature “reimagined” cabinets, along with new driver designs incorporating “a dual ferrite magnet motor assembly with long-throw parabolic surround for extreme excursion with room-pressurizing SPLs.” Amp power is regulated by a 50 MHz Analog Devices Audio DSP with 56-bit filtering, “the most sophisticated DSP engine available in a home subwoofer,” according to SVS.

Both models are available now at svsound.com and from A/V specialist retailers.