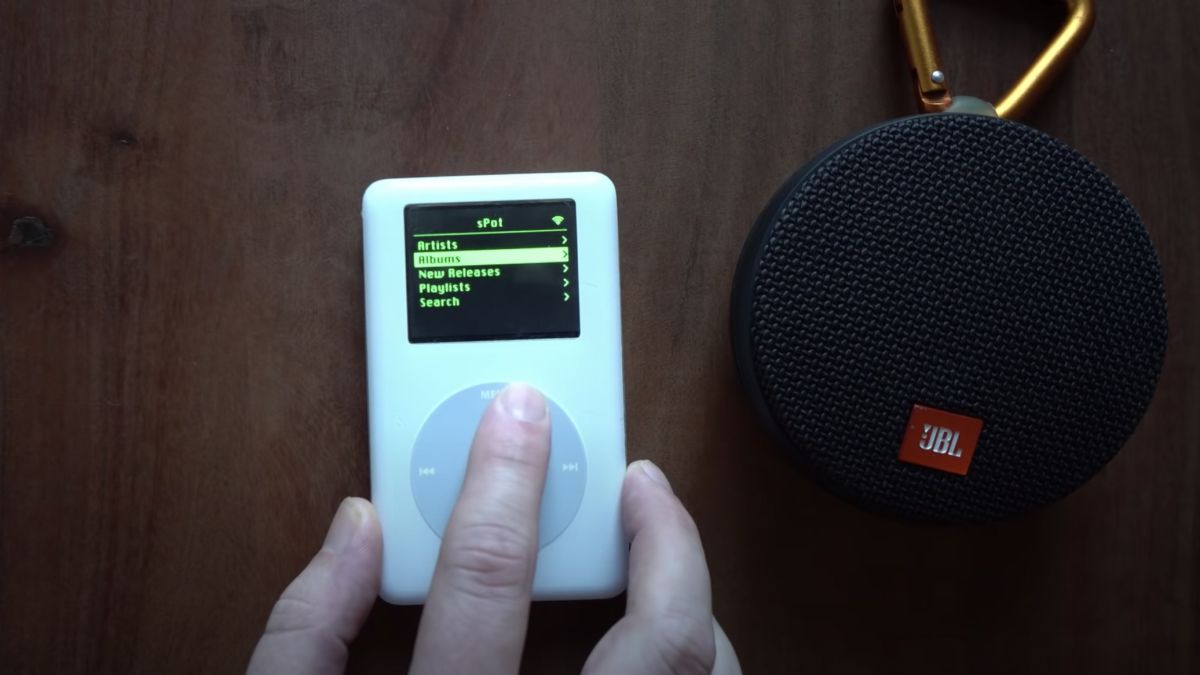 Quick history lesson: the inaugural iPod was released on 23rd October 2001, which is about eight months after the Macintosh version of iTunes was released. The iPod Touch is the last official surviving member of the iPod dynasty and the only model Apple has ever released with wi-fi connection.

But what if the old iPod you’ve got in a drawer somewhere could be modified to add Bluetooth audio, an internet connection and access to streaming services such as Spotify? That’s exactly what developer Guy Dupont achieved, with the 4th-gen iPod he got from his mother-in-law.

This particular iPod was introduced in 2004, making it 17 years of age – yes, it makes us feel old too. It features a really rather small display, Click Wheel, and no wireless connections, but by changing all of its innards Dupont has managed to bring it (practically) up to date. The player can now access Spotify’s entire catalogue and stream it to your Bluetooth speaker or headphones.

How did he do it? Have a look at the following video.

As noted by 9to5Mac and Engadget, precious little of the 4th-gen iPod Classic remains in this modified device, bar the original case with a functioning clicky wheel (which now includes haptic feedback), but the final results are still quite special.

Dupont has named his masterpiece “sPot,” and it now has a colour screen and an internal 1,000mAh battery. A $10 Raspberry Pi Zero W and a Micro-USB connector were also utilised to create and install a version of Spotify (using Spotify’s official APIs) that harks back to the classic iPod interface.

The upcycling project apparently cost Dupont less than $100 to do all-in, but the thrifty developer has no intention of trying to renovate and sell more Spotify-enhanced iPods. To prove it, he’s actually shared details about how he built the sPot on Hackaday and also the source code of the software he created on GitHub – presumably in case you want to have a go yourself.

Might Apple take a few pointers and release an iPod Classic line with updated features under a retro hood? Improbable, perhaps – then again, not impossible.

Got the player but need new music? See 10 of the best albums coming in 2021