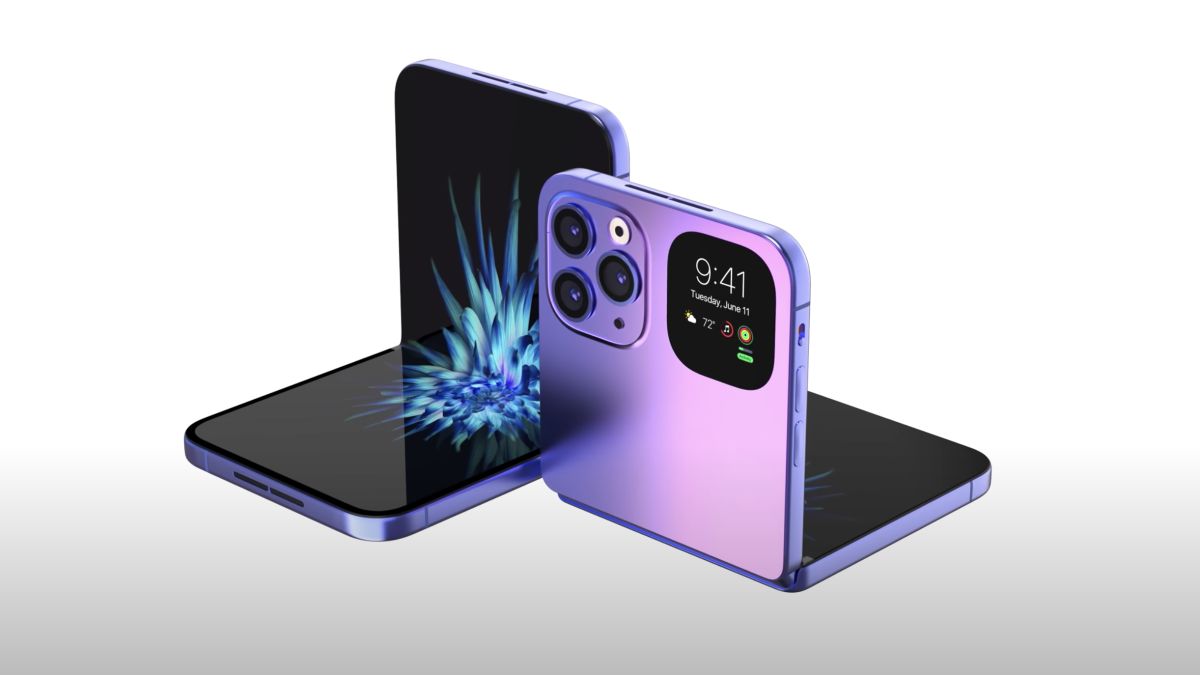 In case you didn’t know, the rumour mill is in full force claiming that Apple is working on a foldable iPhone – and new reports from supply chain sources in Asia suggest that two prototype designs have just passed durability testing. The models that have been through the necessary tests do seem to echo previous video renders from EverythingApplePro (main image) too.

According to Taiwanese website United Daily News, the designs are currently just phone shells (so without the innards of functioning smartphones) and the hinges and form factors have been through standard resilience trials in China, at a factory run by Foxconn – Apple’s regular supplier.

One prototype is apparently a clamshell design – think Samsung Galaxy Z Flip or the Motorola Razr – so that when opened up, the phone has one single, unbroken display. When folded the top half essentially doubles down over the bottom half.

The second prototype reportedly uses a dual-screen design, similar in concept to the Microsoft Surface Duo in that it opens up like a book, with a hinge running down the ‘spine’ of its two separate displays. At present, it’s unclear whether Apple is prioritising one idea over the other, or if the Cupertino giant might be intending to release both designs.

But wait, there’s even more! A new patent filing has been published, showing a unique 360-degree hinge mechanism – a hinge which Apple might be using on one of its foldable iPhone designs. It would actually enable the phone to fold flat both ways, ie. inwards (like the Galaxy Z Fold 2) and outwards (like the Huawei Mate Xs). If you’re not familiar with these models, or at least not enough to imagine them combined, think spiral notepad. Yes, it’s a concept that could radically alter the foldable phone discussion.

Of course, there’s no guarantee that Apple will end up manufacturing this particular hinge, or that the Californian tech giant will produce a foldable iPhone at all. However, with so many fresh leaks springing up, it seems clear Apple is at least dipping its toes into the foldable phone pool.

The reports suggest we shouldn’t expect to see a foldable iPhone any time before 2022, so the iPhone Flip (as it may or may not be called) almost certainly won’t appear alongside the iPhone 13. Samsung, Huawei and Motorola will probably want to keep an ear to the ground, though…

Thinking of buying the iPhone 12? Read our iPhone 12 review first

Not sure which iPhone to go for? Consult iPhone 12 vs iPhone 11: which should you buy?